Dr Rita Nyampinga founded an organisation called Female Prisoners Support Trust (Femprist) to promote the rights of female prisoners, support women and children in detention, as well as raise awareness of the appalling conditions they face. The establishment of the organisation was informed by the experiences Rita faced when she was detained overnight in one of Harare’s prison cells in 2007 after she had demonstrated about the non-availability of ARVs for people living with HIV and AIDs.

Dr Rita Nyampinga is a human rights defender and a gender and women’s rights activist whose experience spans over thirty years. She was also a trade unionist. I particularly want to celebrate her for the amazing work she is doing in a place most of us would not want to be associated with – THE PRISON. While her stay in the cell was short, but she was exposed to the appalling conditions that female prisoners live in where six women had to share a bucket for a toilet and had to dispose of used sanitary pads in very embarrassing and difficult ways. This is when she decided to be the voice for those women who stayed longer in prison. Femprist focuses on various issues affecting female prisoners including health, access to treatment, working with peer educators in prisons on sexual and reproductive health and rights.

I got to appreciate sis Rita’s work more when I supervised a student who did a research on the experience of children living with their imprisoned mothers in one of the female prisons in Harare. When she shared her findings with me, I was heart-broken. In 2018, I also got an opportunity to visit an open prison in Sweden. Prison officials explained that inmates have the privilege to apply and have their spouses and children visit them even for a weekend. During this visit, the inmate is moved to a family facility in order to accommodate and interact with their partner and kids. But there is one thing the officials said which struck me. They indicated that almost all of the male inmates got visited by their wives or partners. However, the majority of the female inmates never get to enjoy this privilege because they don’t get any visits from husbands or partners. They said most of the husbands move on with life once their wives are imprisoned. This seems to be the same case with the Zimbabwean context where female inmates become alienated from their husbands and family members who seem to be unforgiving to women who commit crimes.

This is where sis Rita’s work becomes very important because she becomes a source of family and encouragement to female prisoners. When these women leave prisons, society is often not ready to integrate them back in their families. To support these women, Rita through her organisation runs rehabilitation programmes for female prisoners and ex-convicts which involve equipping them with life skills and support to start businesses so that they can begin a new life after leaving prison. Rita’s organisation gives starter packs in form of groceries to female prisoners when they are released. Some of the skills they impart to female prisoners include arts and crafts, gardening, poultry, hairdressing and pre-school teaching. Sometime back I also saw a post of the organisation initiating a mushroom project in St Mary’s Chitungwiza for ex-female prisoners. This is to promote livelihood, nutrition and financial freedom. The organisation then sources markets and opportunities for them to ensure that they are economically catered for. 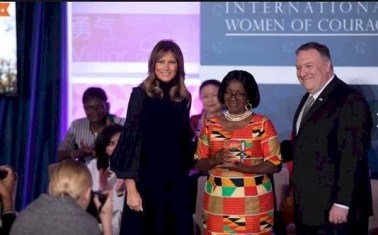 Her work has been recognised locally and globally. In 2014, Dr. Nyampinga won the Female Human Rights Activist of the Year from Alpha Media House. In 2020, she was chosen as an International Woman of Courage by the US Secretary of State.

Sis Rita believes that giving people a second chance in life is very important if we want the world to be a better place for all. Don’t we all need second chances at some point in our lives? Let’s celebrate Dr Rita for being the icon of female prisoners.

Meet the medical experts advising the Zimbabwe govt on COVID-19

Meet the medical experts advising the Zimbabwe govt on COVID-19 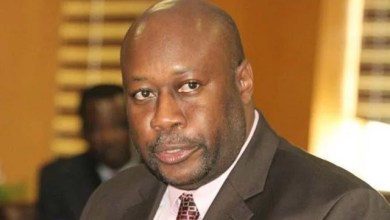 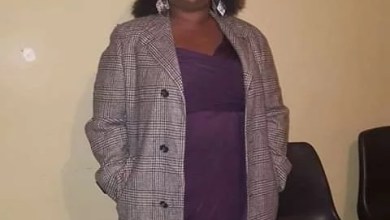