[Editor’s Note: The article has been updated on February 9]

Just a month after confirming that it was in early talks with Apple to discuss an electric car and battery tie-up, Hyundai said on Monday (February 8) that the talks were shelved.

The announcement sheds a light on the internal divisions at Hyundai Motors about the potential tie-up.

According to a Channel News Asia report, some staff at Hyundai have raised concerns about becoming a “contract manufacturer” for Apple, similar to Foxconn, an electronics firm that produces devices like the iPhone.

“We are not having talks with Apple on developing autonomous vehicles.” said a representative from Hyundai on Monday.

According to Kevin Yoo, an analyst at eBEST Investment & Securities, Hyundai Motor Group “made it clear” that they do not want to be treated as Apple’s supplier or manufacturer.

This is echoed by other industry analysts who said talks might have collapsed over possible insistence by Apple that Hyundai’s role in any tie-up would be that of an equipment manufacturer, rather than a strategic partner.

South Korean automaker Hyundai said on Friday (January 8) that it was in early talks to discuss an electric car and battery tie-up with tech giant Apple.

The report also said that the two companies plan to release a “beta version” of Apple cars next year.

“Apple and Hyundai are in discussion, but as it is early stage, nothing has been decided,” Hyundai said in a statement.

Apple and Hyundai currently work together on CarPlay, Apple’s software for connecting iPhones to a variety of vehicles.

Analysts speculated that Apple may be interested in using Hyundai’s electric car platform and facilities to cut costs to develop and make vehicles.

Hyundai is South Korea’s biggest automaker, and has already rolled out fully-electric cars including the Ioniq and the Kona Electric.

After the announcement, Hyundai’s shares surged 19.4 per cent in Seoul.

It’s no secret that Apple plans to build a viable and competitive autonomous electric vehicle under “Project Titan”.

Apple began working on it back in 2014, and the project was helmed by many Apple veterans.

However, progress was pushed back due to internal problems. In 2016, rumours even suggested that Apple had shelved all plans to develop its own electric car.

The New York Times previously reported that the project was “dogged by its size and by the lack of a clearly defined vision of what Apple wanted in a vehicle.”

However, it now seems that Apple is back on track, and Reuters reported that Apple is aiming to produce a passenger vehicle that could include its own breakthrough battery technology as early as 2024.

Apple did not comment regarding its tie-up with Hyundai.

The Growing Popularity Of Electric Cars

Electric cars have been steadily rising in popularity globally, and in Singapore as well.

Last October, Hyundai announced that it is slated to set up an electric car manufacturing plant here.

“It is an investment of almost S$400 million, and may produce up to 30,000 vehicles per year by 2025, five years from now,” said Prime Minister Lee Hsien Loong at its virtual ceremony.

Some models that may be made in Singapore include the Ioniq 3 and Ioniq 5. These cars will be sold locally, with plans to be exported at a later stage.

The smart manufacturing facility will serve as an open innovation lab for Hyundai’s research and development in mobility concepts.

Tesla, the leading player in the electric car industry, has also said that it is planning to enter the Singapore market soon.

It also revealed that the location of its first charging station in Singapore to be at the Singapore Island Country Club (SICC) at Sime Road. This is reflected in its recent update of its charging network map worldwide.

Despite not having any official Tesla showrooms in Singapore yet, many car dealers in Singapore have imported them for sale in the nation.

Thus, Singaporeans can expect to see more electric cars on our roads in the coming years. 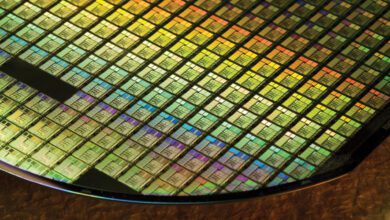 TSMC shares slump as Intel throws down the chip gauntlet