With so many incredible storylines heading into the game, many of us were convinced that this would be one for the ages. I, myself, called it the “Passing the Torch” Bowl (https://worldinsport.com/super-bowl-lv-passing-the-torch/), and several others played it up as the Greatest of All Time versus the Greatest of this Time. Sadly, we did not get that game in Super Bowl LV.

It appears the Super Bowl LV headlines we should have been paying more attention to were the Chiefs playing without Eric Fisher and Mitchell Schwartz. Or maybe about how great the Buccaneers pass rush is, or how lockdown their secondary can be. In previous articles, I highlighted the dominance of Devin White and Sean Murphy-Bunting (https://worldinsport.com/buccaneers-d-frustrates-the-saints-chiefs-hold-on-without-mahomes/), yet somehow I believed the Kansas City offense could handle anything.

We also should have taken more time to focus on how great Tampa Bay’s offensive line is. Minus the first couple series, Tom Brady stayed clean throughout Super Bowl LV. Huge holes were opened for Leonard Fournette and Ronald Jones when it came time to consume the clock. The screens were unstoppable and the big play was open, as a result of the dominance from the O-line. For more on the OL’s Super Bowl LV performance: https://touchdownwire.usatoday.com/2021/02/07/super-bowl-lv-super-bowl-55-ali-marpet-tom-brady-ryan-jensen-buccaneers/fbclid=IwAR1RZAhWEpCBRCc7Cc0DdaINy5gWlESkQudi6IEBhZeehuz_iz2YlnGCJIU

Enough talking about what the headlines should have been. Let’s take the rest of our time to acknowledge some greatness, and how it was on display in Super Bowl LV. Let’s talk about our 2021 World Champion and Super Bowl LV victors, the Tampa Bay Buccaneers. Here are my top 5 individual performances

The Super Bowl LV MVP himself, Tommy Terrific, earns a historic 7th Super Bowl ring and cements his legacy as the GOAT. Many of his critics (including me) have been hesitant to call him that, wanting to say that Belichick could have gone on the same run with Manning or Rodgers. After Super Bowl LV, however, I’m tired of denying the truth: Brady is the Greatest of All Time.

Now, I’m not saying that I think he was the best player on the field last night. I am not saying he earned the Super Bowl LV MVP, as I believe a few of his teammates were more deserving. He was, however, the greatest story of the night. With that 7th ring, he now has more Super Bowl victories than any other TEAM in the history of the NFL.

Brady’s game performance was also great. Behind a clean pocket, he completed 21 of 29 passes for 201 yards and 3 touchdowns. And these weren’t just tacked on touchdowns at the end, these were the 3 scores that gave the Buccaneers a 21-6 lead at halftime. His brilliant leadership and age-defying talent were on full display, as he skilful exposed the Chiefs secondary.

To go with this unprecedented 7th ring, this was his 5th Super Bowl MVP. It would be hard to imagine these marks notwithstanding the test of time. https://www.buccaneers.com/news/tom-brady-named-super-bowl-lv-mvp-sblv-55-buccaneers

Someone who is only observing the stat line might quickly question why they should care about Shaq Barrett. He only had 1 regular tackle, 1 stuff and 1 quarterback sack on paper, but that does not even come close to covering his impact.

Now, I know I’m going to draw flack for saying this, but Barrett was the true MVP of Super Bowl LV. Anyone who took the time to pay attention to number 58 during the game, clearly saw him in the backfield over half the plays he was on the field. A quick scroll through Buccaneers’ photo gallery of top plays will verify his impact: https://www.buccaneers.com/photos/best-photos-from-chiefs-vs-buccaneers-super-bowl-lv#43950c61-bd3d-4798-b97b-e2a802585a12

Early in the game, Barrett was all over Mahomes on key incompletions that stalled promising Chiefs’ drives. Noticed Mahomes limping? It started after Shaq knocked him down. Remember the other two Tampa sacks? Barrett was there assisting them, despite not receiving credit. I know JPP and Suh were brilliant, but Shaq was the leader of the pass rush last night.

If it wasn’t for the fact that Mahomes is so brilliant at extending the play, and willing to just throw it up for grabs, Barrett would have easily collected 3+ sacks. Instead, his value is measured in pressures and knockdowns. The Bucs defensive line pressured Mahomes on an NFL record 52% of his dropbacks. Barrett and his fellow linemen won Super Bowl LV in the KC backfield.

Devin White was anywhere and everywhere

Everyone on the Tampa defense made their fair share of plays, but no one seemed to be in the middle of them more than Devin White. Whether it crunching Tyreek Hill for crossing over the middle or punishing Mahomes for tucking the ball and running, White was a tackling machine that seldom allowed the play to get past him. He accumulated 12 total tackles during Super Bowl LV.

It’s not just the tackling that makes White brilliant, however, its his vision and ability to go wherever he is needed on any given play. Many times during Super Bowl LV, he could be seen with tight coverage of the receiver slanting over the shallow center. It didn’t matter whether it was Tyreek, Kelce or CEH, he kept up with each, and when he did allow a catch, he punished them.

White also converged into the Chiefs’ backfield many times, delivering a pair of stuffs and breaking up several plays before they came to fruition. And when all was all but said and done, it was White who intercepted Mahomes one final time, to put the icing on Super Bowl LV. As a captain, he led the Bucs D to a historic night versus the high-powered Chiefs offense.

Before Super Bowl LV began, Jerry Rice was the only receiver to ever score multiple touchdowns in multiple Super Bowls. Move over Rice, and make some room for Gronk. At the start of the second quarter, Rob Gronkowski hauled in his second touchdown pass from Brady and entered the history books yet again.

In addition to this achievement, his 5 Super Bowl touchdowns put him second on the Super Bowl receiving touchdown list. Only Rice remains ahead of him with 8.

Gronk’s night doesn’t rely on it being historic for it to be impactful, but rather the opposite. His first touchdown gave Tampa a 7-3 lead (which they would never relinquish), and his second put them up 14-3. These touchdowns turned out to be early back-breakers that KC would never come back from, rather than just tack on points. Legendary and clutch describe Gronk’s 6 receptions for 67 yards and 2 scores.

I thought back and forth whether this should be Leonard Fournette or Lavonte David. I know, Fournette piled up 135 total yards and a second-half score that put Tampa Bay up 28-9. I know, Fournette helped to control the clock and run out the game in the second half. Playoff Lenny was a key contributor to the Bucs post-season run and Super Bowl LV victory and thus deserves this honorable mention.

What Lavonte David did, however, was special. David lined up against arguably the best player on the field and held him in check. Yes, I know that Travis Kelce still caught 10 receptions for 133 yards, but those numbers are very skewed. On all but two drives, David helped to keep Kelce a non-factor. And even on those two drives, he held him out of the end-zone.

Kelce had a historic season and was key to Chiefs’ victories throughout the playoffs. David had plenty of help but knew that Kelce was his responsibility. And he rose to the challenge. Lavonte managed to contain Kelce before the game got out of control, breaking up passes, hitting him hard and ensuring the tackle when the completion was made. He defended 2 passes to go with 6 tackles, while containing KC’s top weapon.

Despite the horrible defeat, Patrick Mahomes played the gutsiest game of his career, hobbling on one leg while taking a constant beating. We hope for a successful surgery and speedy off-season recovery.

Antoine Winfield Jr secured an interception and proved he will be one of the best safeties of the next generation. Though trolling a team when you are blowing them out is poor sportsmanship, when you do it to Tyreek Hill you are a hero.

Sean Murphy-Bunting and Charlton Davis are both elite corners who can hang with anyone. They match up with speed incredibly well.

Barrett, JPP, Suh and Vita Vea are the most dominant front four in football. Sorry, Pittsburg.

Travis Kelce had a “bad” game and still caught 10 passes for 133 yards. He is the best receiver in the NFL.

The Tom Brady versus Tyrann Mathieu accentuates the poor officiating of the first half. I’m not saying the officiating team was unfair or on the Bucs side, but I am saying that a decent officiating staff would not have allowed the game to devolve to that point. Also, Brady could just as easily (if not moreso deserved) that flag.

And finally, the streaker was the highlight of the second half, and Kevin Harlan is an absolute legend!

For complete log and stats of Super Bowl LV: https://www.nfl.com/games/chiefs-at-buccaneers-2020-post-4

Follow the Tampa Bay Buccaneers for more stories on their historic season and highlights of their Super Bowl LV victory: https://www.buccaneers.com/

With Super Bowl LV in the books, and the off-season beginning, here’s a little look at how some of the other 30 NFL franchises are doing: https://worldinsport.com/jaguars-jets-and-several-others-start-anew-at-head-coach/ 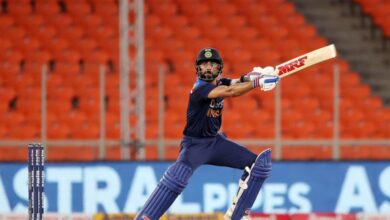 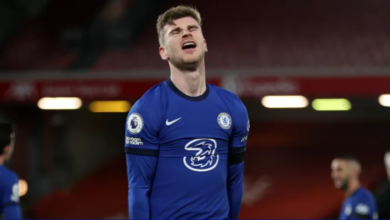 Will VAR’s Flawed Science Survive the return of fans? 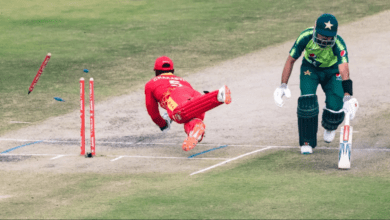 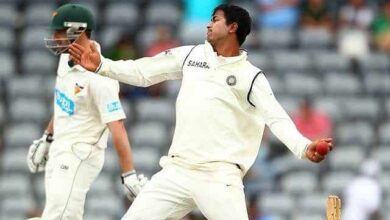