Access
to education is a fundamental human right but this has
somewhat been compromised by the Covid-19 pandemic which has forced schools to
close for over 10 months now, with
examination classes sitting under stringent conditions.

On numerous occasions, government tried to reopen
schools, colleges and universities but this backfired after Covid-19 positive
cases spiked.

This forced authorities at various educational
institutions to explore digital solutions to the delivery of syllabi to try and
cover the gap.

Exam classes were allowed to sit physically as
government expected a return to normal, or possibly the end of the pandemic in early
2021.

In the past, soldiers were deployed to teach in
some schools after teachers embarked on a protracted strike in 2008. This
resulted in a high failure rate, forcing government to allow even those that
failed to attain at least five Ordinary Level passes to proceed to Advanced
Level under the condition that they would supplement while doing their ‘A’
levels simultaneously.

The repercussions were to be seen in 2010 when
the lowest ‘A’ level pass rate of 14.44 percentwas recorded, as if to remind
authorities that there are no shortcuts in times of crisis.

Pupils who sit for their ‘O’level examinations
in times of crisis and their ‘A’ levels during under friendlier conditions will
always experience the contradictions.

Kudakwashe Kumbirai, a pupil who sat for his ‘A’
level examinations this year, said he did not enjoy the exam experience.

“My‘O’ level exam experience was a bit perfect
but that was not the case when I sat for my ‘A’ level exams due to insufficient
preparations. I feel going into tertiary education will present its own
challenges yet again, and many students are not ready for it,” said Kumbirai.

Recently, the Zimbabwe School Examinations
Council (Zimsec) released the 2020 grade seven examination results showing that
a very low 37.11 percent had been achieved; some 9.79 percent shy of the 46.9
percent recorded in 2019.

Government, in partnership with United Nations
International Children’s Emergency Fund (Unicef), introduced primary school
radio programs in June 2020 but the effects of this has not been fully tested
amid claims that listenership has dropped due to youths’ preoccupation with
social media.

In what seemed like a repeat of the 2008
educational crisis, 88 primary schools countrywide recorded a zero percent pass
rate and schools in rural areas were the most affected.

In an interview with TellZim, Amalgamated Rural
Teachers Union of Zimbabwe (Artuz) president Obert Masaraure attributed the
dismal 2020 grade seven results to many factors including the ‘neglect of rural
education’.

“Artuz blames government for imposing examinations
on unprepared learners who missed out on receiving formal instruction because
of the Covid-19 disruptions.The examination board was also ill prepared for the
exams and failed to properly handle the examination process. The Zimsec chaos
might have contributed to the poor pass rate.

“However rural education is suffering from
years of neglect, poor planning and mismanagement. The infrastructure is
inadequate and dilapidated. Most schools have no laboratories, libraries,
internet connection, electricity and basic ICT gadgets,” said Masaraure.

The union is advocating for a rural education
fund aimed at improving educational facilities in the rural areas.

Masaraure called on the government to improve
the welfare of rural teachers for the betterment of results in these schools.

“We propose an education equalization fund for
infrastructure development in rural schools, rural retention and attraction
allowance to attract and retain best teachers in rural schools. In the
immediate, we are mobilizing citizens to draft an education charter for
Zimbabwe and this is under our #SaveOurEducationZw campaign,”Masaraure said.

“The way our society is operating currently is
that people do not question authorities when they see red flags. I feel much
pity for students who are now victims of their parents’ inaction when the
Ministry of Primary and Secondary Education in conjunction with Zimsec
scheduled public exams despite the fact that students had less than 10 percent
interface with teachers. The recent published Grade 7 results are enough to predict
the remaining two ‘O’ and ‘A’level classes likewise.

“Prospects of a brighter future can come if
students retake the public exams. We should be cognizant of the fact that not
all would do so mainly because of financial constraints and life will take its
course for the unfortunate,” said Zimudzi.

E-Learning
and its challenges

Commenting on the issue of E-Learning being
pursued by tertiary institutions, Zimudzi said authorities are being
irresponsible and going against the dictates of the constitution.

“It just proves how irresponsible tertiary
institutions leaders are to consider E-Learning and online exams in our present
circumstances as a country with expensive internet access, poor connectivity
and electricity shortages. Section 27 of the national constitution mandates
that all students be given a fair and equal opportunity to education, E-Learning
alone is elitist and exclusive,” said Zimudzi.

University students have had their own
disappointments in 2020 as they have been grossly affected by lack of face to
face learning but have been conducting ‘eLearning’.

Universities across the country have been
conducting lessons online and some were using the Google classroom which has
caused all sorts of problems for lecturers and students due to its ‘complex’
nurture.

Last year, universities had to force final year
students to seat for examinations although they had not conducted proper face
to face lectures, with E-Learning processes presenting their own challenges.

Many institutions of tertiary learning are blamed
for producing ‘half-baked’ graduates even during normal times, and it appears
more of the half-baked graduates are coming, with the current crop of final
year students faced with a possible uphill task of online exams.

Great Zimbabwe University (GZU) has recently
conducted a mock online exam to gauge preparedness for the possible online
exams in case the lockdown gets extended beyond February 15, 2021.

GZU Student Representative Council (SRC) president
Tapiwa Takavarasha said more had to be done before making online learning the
main platform for delivery of course materials for the satisfaction of both
parties.

“If the lecturers are not able to use Google
classrooms, how then do we expect the generality of the students to cope up with
the online learning? Online learning is definitely the way to go but we need
another alternative besides Google classroom so that students, lecturers and
the administrative staff are comfortable

“I know quality has been affected by E-Learning
since the majority faces access challenges. We will wait and see how results of
the mock exams will pay out,” said Takavarasha. 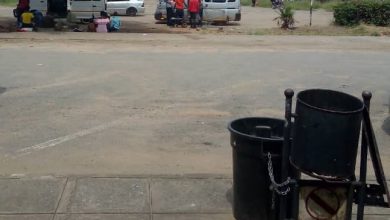 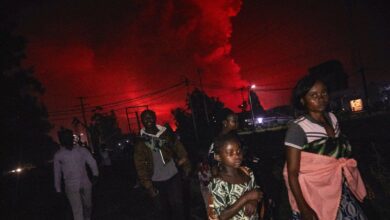 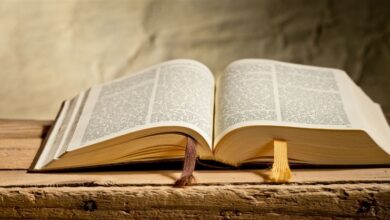