In court papers filed at the high court in Pretoria this week, eMedia has filed an “intervention application” in support of the Telkom suit, warning that if Icasa goes ahead with licensing the “digital dividend” spectrum bands at 700MHz and 800MHz, it will be directly prejudiced.

E.tv makes use of the digital dividend bands that Icasa plans to auction to telecommunications operators by no later than 31 March 2021. It said if access to the bands is auctioned, there is a real risk that mobile networks will begin using the spectrum, causing interference to its terrestrial analogue broadcasts and harming its business.

There was no engagement with e.tv regarding Icasa’s decision to put up for auction the very spectrum upon which e.tv is dependent…

TechCentral reported on 22 December 2020 that Telkom had filed papers at the high court seeking an interdict to stop Icasa from proceeding with the spectrum licensing process.

Telkom has asked for temporary relief against Icasa, preventing the regulator from processing, assessing, or adjudicating applications under two invitations to apply (ITAs) — one for spectrum and the other for a licence for a wholesale open-access network — which were due for submission by no later than 28 December. It then wants the high court to review and set aside Icasa’s decision to issue the two ITAs.

One of Telkom’s main arguments is that Icasa issued the ITAs knowing that the 700MHz and 800MHz bands – the so-called digital dividend bands used by analogue television broadcasters – are not yet available for use by telecoms operators. Despite this, Icasa is pushing ahead with the licensing of these bands and will expect payment for them despite the inability by successful applicants to use them, Telkom group executive for regulatory affairs and government relations Siyabona Mahlangu said in an interview with TechCentral at the time.

He said Icasa “cannot license something that is not available”.

Telkom has now found strong backing in this argument from e.tv.

In a founding affidavit, Antonio Sergio Lee, eMedia Investments’ chief operating officer, said Icasa’s auction process for the digital dividend bands is “unlawful, unreasonable and irrational” by design and in application, and “cannot yield a rational or reasonable outcome”.

“There was no engagement with e.tv regarding Icasa’s decision to put up for auction the very spectrum upon which e.tv is dependent for its analogue broadcasting and which it has a right to utilise,” Lee said. Icasa, he added, should have consulted with e.tv before making the spectrum available in the auction. “Icasa’s failure to do so has resulted in a decision that is shot through with procedural irrationality.”

As a result, e.tv supports Telkom’s application for an interim interdict, Lee said. “Unless this court acts now to stop the auction from occurring, it will be too late to undo the harm which is caused to e.tv, Telkom, the public and to the rule of law on account of Icasa’s conduct. Once the spectrum has been sold, bidders will have bid at the relevant reserve prices, and expectations will have been set.”

Unless this court acts now to stop the auction from occurring, it will be too late to undo the harm which is caused…

E.tv has 95 terrestrial transmitter sites across the country. Of these, 29 broadcast analogue signals in the digital dividend bands (above 694MHz). “The sale of the 700MHz and 800MHz frequency bands will give rise to an interference (or potential interference) in e.tv’s offerings,” Lee said.

“Once the 700MHz and 800MHz frequency bands are sold at auction, this will send a message to the market (and advertisers in particular) that e.tv’s services are precarious – contrary to the digital migration policy and the regulations, which aim to ensure security of operations to the analogue operators, including e.tv.”  — © 2021 NewsCentral Media

Nonobvious acquisitions are on my 2021 bingo board – TechCrunch 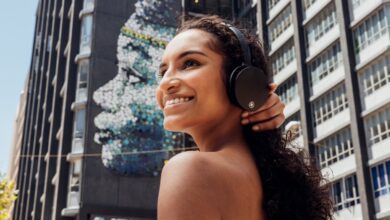 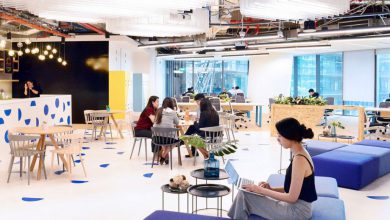 Here Are 5 Ways To Increase Your Productivity In 2021