For many people, the Mortal Kombat movies mean (understandably) this.

The song, by the Belgian techno act The Immortals, is technically called “Techno Syndrome (Mortal Kombat,” though most people just think of it as the original 1995 movie’s theme song. And hey, great news if that’s your only touchstone: The upcoming, brand new Mortal Kombat movie features a banging remix of “Techno Syndrome” from Blade Runner 2049 co-composer Benjamin Wallfisch.

You should queue up that remix and hit play as you read on, just to set the mood.

So. Mortal Kombat. The hit video game series is heading back to the movies for the first time in almost 25 years. There’s a whoooooole lot of history here, including plenty of stuff you may not even know about. So let’s step back for a minute and get you caught up.

What the heck is a “Mortal Kombat”?

For those who aren’t plugged into the video game scene or who are just too young to have lived through the ’90s craze, the title “Mortal Kombat” refers to a 1992 fighting game developed and published by the now-defunct Midway Games.

It was conceived at a time when the still-young genre of fighting games was seeing explosive popularity, thanks in large part to the success of Street Fighter (1987) and it’s first sequel (1991). But where Capcom’s legendary series leans more on colorful, cartoony visuals and bloodless fighting, Mortal Kombat fully embraced guts and gore. It also sported revolutionary-for-the-time graphics featuring digitized characters that looked much more like real people than the cartoon characters of Street Fighter.

The MK series has since gone on to massive success, with countless re-releases of the original three games over the years as well as a beloved revival series from NetherRealm Studios. These newer games, in addition to sporting all the fancy upgrades you’d expect from a modern video game, have also focused more on building out characters and story — with great results.

While the particulars have changed here and there over the years, the basic story has always been built around a blockbuster fighting tournament. The most talented warriors across different realms of reality all come together for an organized series of brawls, and those throwdowns serve as proxy fights for the larger battle between realms.

That’s the quick and dirty rundown that’s guided the storytelling across much of the series, in games and film alike.

HA. Yeah, you could say blood, guts, and gore are coded into the DNA of the Mortal Kombat series (and also the code of every game released to date). The most notorious examples are, of course, each game’s “Fatalities.” When a player takes their opponent down to zero health in a Mortal Kombat game, the match doesn’t immediately end. Instead, the opponent stands there for a few seconds, giving the victor an opportunity to punch in the button combination that sets off their chosen character’s Fatality.

These sequences are notable for their gratuitous violence, which often mixes with dark humor. They were more tame in the original game than in more recent examples: Johnny Cage dealing out an uppercut that popped off his opponent’s head with a gush of blood, or Kano ripping out the loser’s heart.

Fatalities have only become more gruesome over the years, along with the series as a whole. The latest Mortal Kombat games, for example, have introduced X-Rays, Fatal Blows, and Krushing Blows, which all deliver a Fatality-style sequence without necessarily ending the match. Fatalities are of course still there too — along with derivations like Brutalities — and they’re as messed up as ever.

(Seriously, if you’re squeamish you might not want to hit play on the below video.)

That’s of course in addition to the generally bruising, blood-soaked action that complements any fight in a Mortal Kombat game. It’s supposed to look painful and unpleasant. That’s the Mortal Kombat way.

Not exactly. The two movies released in the ’90s — Mortal Kombat, in 1995; and Mortal Kombat: Annihilation, in 1997 — went more of a mainstream blockbuster route. They both were built with an eye toward getting fans of the game into theaters, but many of those fans were in their teens. So both ’90s movies arrived with PG-13 ratings that sported relatively tame and largely bloodless combat (or “kombat,” if you prefer).

Here’s the thing about those originals: They’re super fun! There are layers and layers of cheese for sure, and the violence is about as far from the games as it can get. But as mindless blockbuster action movies driven by a colorful cast of characters, they more than deliver.

They were also pretty successful. The 1995 movie earned more than $122 million during its theatrical run, well above the reported $18 million it was said to have cost. Annihilation didn’t fare quite as well, but with more than $50 million earned against a reported $30 million budget it probably broke even or scratched out a little profit after you account for marketing costs (which aren’t factored into budgets that get reported typically).

Does this mean that the 2021 Mortal Kombat movie is the first in the series history to fully go in on the violence?

Not quite. While yes, the new movie is the first big-budget theatrical release for Mortal Kombat since 1997, it’s not the first filmed version of the game that went for it with the violence. That distinction actually goes to a web series, Mortal Kombat: Legacy, directed by Kevin Tancheroen, who created Legacy alongside Flash and Black Sails writers Aaron and Todd Helbing.

Technically though, it was Tancheroen who got here first. He released the short film Mortal Kombat: Rebirth that essentially served as a proof-of-concept pitch for a new filmed take on the series. Where the original movies were pure, unadulterated schlock, Tancheroen’s initial vision was darker and grittier, and clearly not PG-13-friendly.

Here’s the big twist: Rebirth felt like a proof-of-concept pitch because it actually was that. Tancheroen, who had cut his teeth earlier in his career as a choreographer for Madonna and the director of the 2009 Fame remake, created the short film on his own dime specifically for the purpose of getting a job.

In the end, he didn’t get exactly the job he was hoping for. Despite the short film’s slick and stylish vibe being well-received by fans online, Warner Bros. passed on turning it into a feature-length movie. It did, however, sign off on Tancheroen developing a web series. That’s where Legacy was born.

The series ran for two seasons, in 2011 and 2013, and it was as well-received as it could be for a streaming series that arrived before Netflix really exploded with House of Cards in 2013. The violence went harder than the original two movies ever did, but it still amounted to a more sanitized version of the bloodletting delivered in the game. Nonetheless, fans took to Legacy‘s more serious story treatment and grimdark vibes. Legacy‘s at-one-point-confirmed third season mysteriously disappeared into the ether, but anyone who cared regarded the series we did get as a success.

Got it. What about Mortal Kombat 2021? Is that going all-in on gratuitous violence?

Possibly! I had an opportunity to check out the movie’s prologue back in March. It’s an introduction/origin story for Scorpion, one of the series’ most enduring characters, and his feud with Sub-Zero, another longtime fan-favorite. And friends, let me just say: There is blood.

I won’t spoil any specific story points, but it’s not quite on the level of the latest games. Think more along the lines of classic samurai flicks where dismemberments and blood sprays sail through every frame during a fight scene. It’s certainly more bloody than anything in the original movies and it’s also bloodier than I remember Legacy being.

The trailers have borne that out as well. A red band trailer — basically, an R-rated trailer — released back in February showcased some of the violence that will be on display in the upcoming movie. Eagle-eyed fans of the games have spotted numerous hints that the movie even features big screen interpretations of some classic Fatalities.

So the short answer to the above question? Yes, by all appearances Mortal Kombat isn’t shying away from the violence at the heart of the game series.

OK, I’m sold. When and how can I watch this thing?

You don’t have much longer to wait! Mortal Kombat is already out in certain parts of the world, as of April 8. The big U.S. release is happening on April 23.  And notably, with this being a Warner Bros. movie arriving in 2021, the theatrical U.S. release of Mortal Kombat will also be joined by an HBO Max launch on the same day. Get ready to test your might.

WATCH: Our favorite classic shows and films on HBO Max 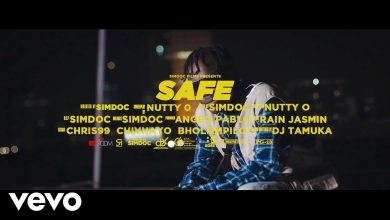 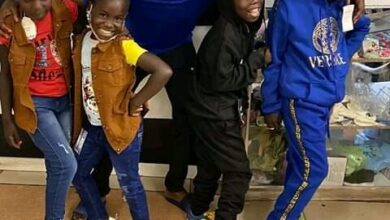 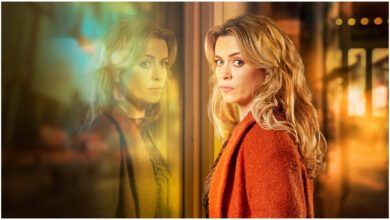