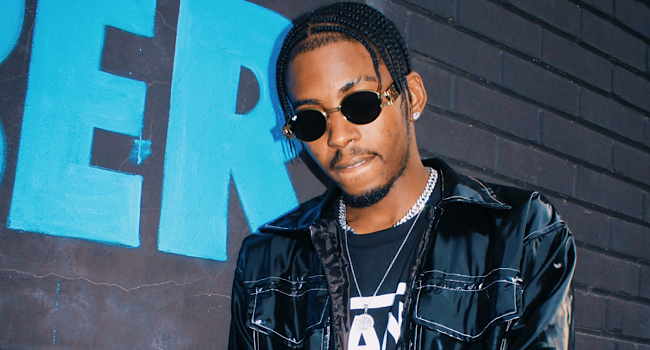 Flvme Reaches Major Streaming Milestone On ‘CandyMan’ Album. Award winning rapper Flvme has cemented himself as one of the most consistent rappers in SA Hip Hop. Flvme delivers hard bars on every track he is featured on and has a notable tone on his tracks.

The FaceTime rapper recently took to twitter to announce that he has achieved a major streaming milestone for his 2019 album CandyMan. Flvme shared that his debut album CandyMan has achieved over one million streams on Spotify. He expressed his gratitude to all his fans for contributing to the milestone. It is important note that Flvme reached the one million streams as an independent artist.

His tweet read, “CandyMan officially went over 1M streams on Spotify. Thanks to every single one of y’all that contributed to this. I’m more than grateful“.

Flvme’s album won him the Best Male and Best Freshman awards at the SA Hip Hop Awards in 2019.

Flvme has already started 2021 on a spectacular note having already collaborated with new wave rapper Blxckie on his single Stripes. The two rappers also released a music video for the track. Apart from his collaborations Flvme has done exceptionally in 2021, he has teased fans about what to expect on his upcoming projects by releasing unmixed and unmastered songs for fans to enjoy.

The album will come after is 2020 drop Dead or Alive that featured the likes of Die Mondez, Zooci CokeDope and Nasty C.

After almost losing his music files, the rapper shared that he was to restart the album process again, but has since recovered the files and is back on track with his project.