AKA had a better Easter weekend this year, as he spent it with wife, Nelli Tembe in Durban.

In videos shared on social media, Supa Mega was at Nelli’s place and they got fun drenched.

In a video captured by drone, the rapper appears to be with Nelli and a few other persons, and they were seen bonding in a house beside the sea.

AKA confirmed that he is living a happy life with his lover.

The two lovers might not have tied the knot officially, but it’s being confirmed that AKA paid lobola for her in April. Hence, the reason she’s being called wife.

George R.R. Martin’s In The Lost Lands to Become a Dave Bautista Movie

Proverb Hits The Books And Heads Back To School

Tweep advices Lasizwe to try dating a woman instead: “Never!”

George R.R. Martin’s In The Lost Lands to Become a Dave Bautista Movie

Proverb Hits The Books And Heads Back To School

Tweep advices Lasizwe to try dating a woman instead: “Never!” 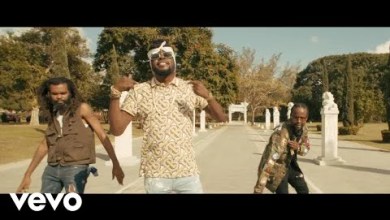