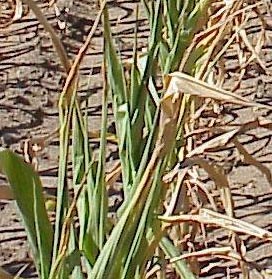 CLIMATE change is having a significant effect on our ecosystems and the natural resources upon which the farming sector around the globe, especially in Zimbabwe and the rest of Africa, depends.

Climate change, such as increases in temperatures, shifts in rainfall distribution and increased frequency of extreme weather events, such as droughts and floods, pose a serious threat to crop and livestock production and are expected to adversely affect agro-production and productivity around the world, including in Zimbabwe.

The increases in the current record-breaking temperatures, even the higher minimum temperatures experienced recently in Zimbabwe and many other parts of the world, may soon become the ‘new normal’.

Climate change and extreme weather events are already having a serious impact on our food – from meat and vegetables, right through to cereals, beer and wines, among others.

As any other crop, maize production is sensitive to climate change.

The current ranges in climate change is expected to alter maize crop efficiency.

It is therefore important that we understand how maize growth will be affected by changing climatic factors; especially given that maize is an important commodity crop around the world, and vital for food security for many vulnerable populations in Africa, including Zimbabwe.

It is without doubt that future climate patterns may be different in many maize cropping regions to that which has ever been observed, especially as far as elevated temperature and CO2 are concerned. Although there is broad agreement on the effects of raised CO2 and temperature on crop growth and development, studies are still scarce, despite of the great economic and food security importance of the crop.

Given the importance of maize worldwide, a model inter-comparison for seven maize models over two years and two different locations that were conducted recently in Austria showed that maize models responded differently to heat and drought stress.

These process-based crop models are currently being used widely in climate change studies because they account for the response of physiological processes of crop growth and development to environmental and management variables, integrating complex and non-linear effects of climate and climate change on crops.

While there is broad agreement on the effects of higher CO2 and temperature on crop growth and development, further research is still required which involves a wider range of environmental conditions over additional crop models.

Though maize is a C4 crop with a CO2 concentrating mechanism supportive of Rubisco function in the leaf bundle sheath, understanding the processes responsive to CO2 enrichment is important due to implications on photosynthesis, efficiency of radiation use, water use, nutrient capture and use effectiveness.

The analysis of different CO2-fixation algorithms within one model platform showed distinct differences in wheat yields with significant impacts of site conditions on the contribution of reduced transpiration.

However, studies testing whether the CO2 relationships implemented in the models gave consistent and accurate responses to CO2 across models are lacking.

Temperature affected many more processes in crop simulation models than CO2 did, because temperature affects phenological development as well as plant/crop growth and biomass partitioning.

Thus, there could be higher variability among models for temperature response as compared to the variability induced by CO2.

A detailed assessment of the variation in the response of different models to climate change factors is therefore critical to assess future maize production.

However, before projecting what the future yield may be under changed climate conditions, by using a large number of models, it is critical to determine how much individual model simulations of responses to climate factors may vary.

The objectives of the work carried out by researchers, thus far, was to evaluate widely-used maize crop models in order to:

λ Explore how maize crop models differ in simulations of yield, development and water use in response to climate change factors – (temperature and CO2 in four contrasting pedo-climatic sites of maize production);

The latter point is important, considering that crop models are often used to simulate yields in regions where detailed model input information and/or reference data are seldom available.

The work carried out was an initiative of the Agricultural Model Inter-comparison and Improvement Project (AgMIP), which linked the climate, crop and economic modelling communities to perform integrated climate impact assessments and improve the simulation of crop response to future climate change.

A total of 23 maize models, accounting for the majority of maize models, were inter-compared in a maize study as part of the AgMIP.

Similar AgMIP studies have been performed using 27 models for wheat and 13 models for rice.

Dr Michelina Andreucci is a Zimbabwean-Italian researcher, industrial design consultant. She is a published author in her field.

For views and comments, email: linamanucci@gmail.com