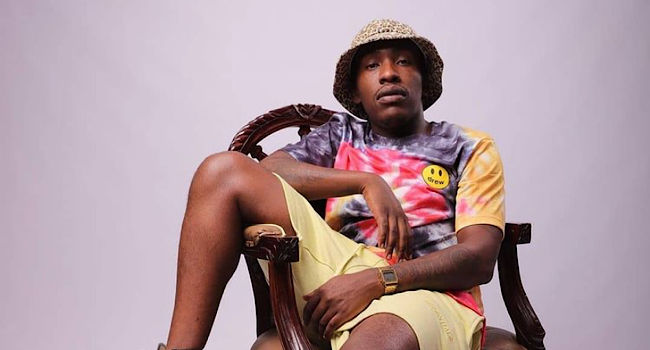 Makwa Shares His Unexpected Financial Status With Fans. Successful producer Makwa has contributed to some of SA Hip Hop’s biggest tracks. Makwa recently announced the launch of his new independent record label and has been doing fairly well with his consistent music releases.

The Ayipheli hit maker recently took to twitter to share his unexpected financial status with fans. Makwa shared with fans that he never expected that he would be blacklisted.

His tweet read. “Never in my life I thought that I’d be Blacklisted.“.

Makwa has always been open with his fans on social media. He recently accused rappers of skipping out on payments to producers. He mentioned that all rappers do is flex on Instagram wearing expensive clothing but did not mention any names to his followers.

Makwa has been the driving force behind many SA hip hop hits and was apart of Kwesta’s Raplyf Records. He has found his independency and is now planning to do the most in 2021.

2021 is set to be an exciting year for Makwa with the launch of his record label Mzonkonko Records. Makwa has already released some music under the record label and began with an EP titled Okoko.

Sjava congratulated Makwa on the release of his EP and wished him all the best in his new journey of being a record label boss!

He previously shared the album art for a single featuring Bassie titled Serious. He also shared photos of the music video shoot for the track but nothing has been released of yet.

Makwa has not announced any other plans for 2021 we know that he has some fire up his sleeve. Could we expect an album release from Makwa in 2021?