The Zimbabwean midfielder was deployed as a central defender again after playing in that position in the previous round due to Yunis Abdelhamid’s absence. The appearance was his second in a row since his return from an injury.

The 24-year old put on a brilliant show, playing the entire ninety minutes and got a performance rating of 7.5/10.

He won 5/8 duels, completed 1/1 tackles and made ten clearances including an off-the-line block in the final stages of the game. 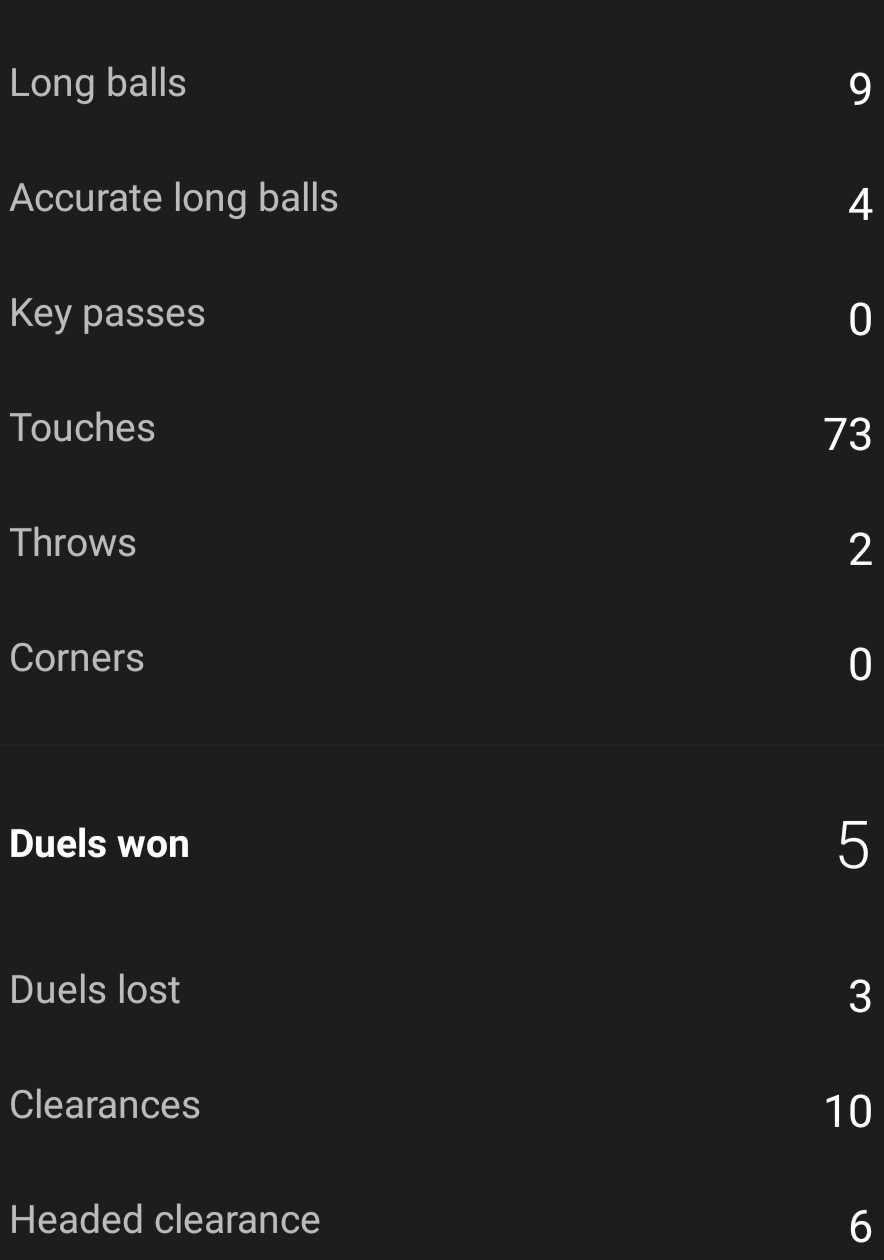