New Music! Cassper, A-Reece, Shane Eagle, And More Drop New Tracks. New Music Fridays are always so exciting, with album drops and single drops. There are some big names on this Friday’s list and some of the most anticipated drops of 2021.

These rappers are keeping hip-hop alive with these drops. March has been quite a busy month for rappers to drop and the last Friday of the month is no different. Here’s a look at all the new drops of the day!

Cassper is back with his first drop for 2021. He recently announced that he is headed in the amapiano route with his next few releases. This track featuring Abidoza, Kammu Dee and LuuDaDeeJay is high energy and everything that Cassper is. Check it out here:

After being fairly quite for a while, A-Reece drops his most anticipated drop yet. His album is full of heavyweight features and he doesn’t miss a spot on the project. The album features B3nchMarQ’s Jay Jody, Stogie T, Wordz and Ayanda Jiya. Listen to A-Reece’s new album here:

Shane Eagle and YoungstaCPT collaborate for the first time on a hard hitting track with some hard bars. These two rappers never miss and this time they are coming together to drop some fire bars. The two had been teasing that they have something coming up and they certainly delivered. Listen to their collaboration here:

Chad Da Don comes through with his first single release of 2021. He teams up with Maggz, Emtee & DJ Dimplez on his well produced track. The rapper hits the mark in all the right places and all the features bring something strong to the relese. Listen to Chad’s ENVY here:

Cruz Afrika – Half Of Me

Cruz Afrika delivers a fire EP with a number of noteworthy featured including Fifi Cooper and Musiholiq. This is the rappers first project release after his 2018 drop. He featured in his own production team for the EP along side 2LA and El Classic. Check out Cruz Afrika’s Half Of Me EP here:

Nelz and Nadia Nakai are two fire emcees, who have teamed up to create this groovy and dance worthy track. Nelz has teased the single for some time now and has fans excited for this sound. The track was produced by star producer sAirDee Global and DrumzBySandy. Check out the track here:

MustbeDubz brings together a star studded team on this hip-hop/dance fusion of sounds. He has worked with the likes of Tumi Tladi, Phantom Steeze and has some credits on Costa Titch’s Made In Africa. Listen to the track here:

Every Song Ranked From Worst To Best – DancehallMag 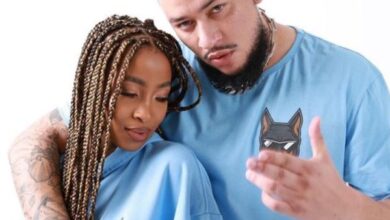