Meet Nyaradzayi Gumbonzvanda who is the Founder and Chief Executive of the Rozaria Memorial Trust and former World YWCA (Young Women Christian Association) General Secretary. She is a trained human rights lawyer. For years, she has been working on issues of women and children’s human rights, with a special focus on crisis countries. She served for 10 years with the United Nations, through Unicef and Unifem (now part of UN Women) in Africa. Active in the women’s movement, she has more specifically focused on issues of violence against women, peace with justice, property rights, sexual and reproductive health and rights and HIV and AIDS.

She is the first President from the global south to serve on the NGO Committee on the Status of Women. She was appointed a member of the High Level Group on HIV Prevention and Sexual Health for Young People in Eastern and Southern Africa by the United Nations; following her service as a member of the UN Commission on Information and Accountability on Women and Children’s Health. Nyaradzai was also regional director of the U.N Development Fund for Women.

She is the 2011 recipient of the Human Rights Defenders Award, conferred by the Zimbabwe Women Lawyers’ Association, an organisation she served as first co-ordinator during its formative stages. In May 2014 she was named Goodwill Ambassador of the African Union Campaign to End Child Marriage. Has served in various international and local boards including ActionAid International, CIVICUS, Zimbabwe Network of Early Childhood Development, and serves on the Advisory Committee for Girls Not Brides. She has been a speaker at various and powerful platforms.

When she founded Rozaria Memorial Trust, this was to honour her late mother and to recognise all unsung heroines in communities. What I admire is how she approaches the issue of empowering young girls. While most may attend local, international or regional conferences to speak on behalf of marginalised and vulnerable girls and young women,  Nayaradzayi has continually advocated for the girls and young women to be invited to these platforms so that they can speak about themselves and their circumstances. She has supported and financed girls from RMT in Murehwa to attend and speak at international conferences such as the United Nations Commission on the Status of Women events. She also works closely with her community members and leaders to tackle societal issues such as child marriages. This is to avoid prescribing solutions that are not grounded in the area that she operates. With RMT, she has organised soccer tournaments for girls and young women. They run the RMT Girl Soccer Tournament after every 2 years to promote girl participation in sports. 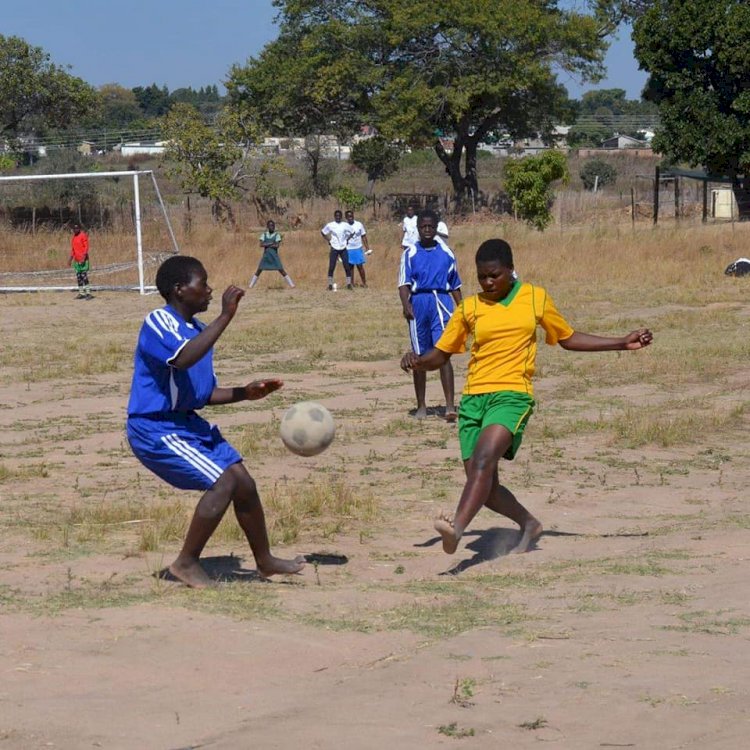 With support from various partners, she has established the RMT Educational and Counselling Centre which now has running water, electricity, computers and internet access. This has accorded the young people in Murehwa to also access ICT and participate and interact with the world. She has supported many girls to get educated including those who have survived early marriage. The main programmes at RMT include HIV prevention, care and support especially for children living with HIV, as well as prevention of family violence. They also provide lessons on entrepreneurship and modern life skills to contribute to the emancipation of the girl child and the youth.

With all this success, great influence, and the very big roles she has occupied, vakoma Nyaradzayi remains a down to earth person who fits well and identifies with her community. She also loves farming. Please help me celebrate her.

By the way, she is a product of Gokomere High.