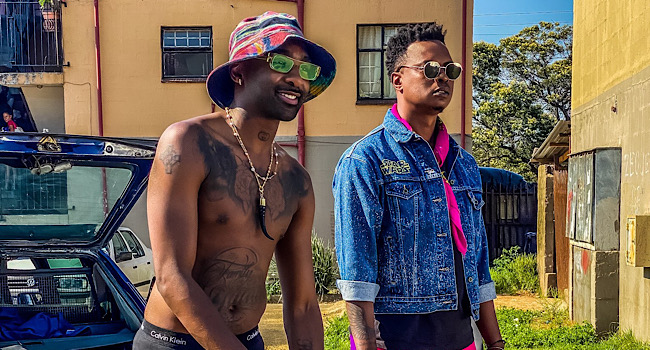 PH Raw X And Riky Rick Finally Drop Visuals For ‘Caught Up’. PH Raw X is easily one of South Africa’s best and most consistent producers. He has worked with a number of award winning SA rappers including AKA, Khuli Chana and Sho Madjozi. After being behind the success of plenty of smash hit singles, he released a solo album in 2020.

PH Raw X took to twitter to announce the release of his new music video for his track Caught Up featuring Riky Rick. Caught Up is from PH’s 2020 album release SENSE EXPERIENCE & EKEYOTO. In announcing the release of the music video, he mentioned that it’s weird how he gets more support from the new wave that from his peers but he still appreciates the love.

His tweet read, “I get more support from the “new wave” than i do my peers….weird but appreciated. “CAUGHTUP” ft. Riky Rick VIDEO OUT NOW ON YOUTUBE“.

The Caught Up music video was directed by Nate Thomas who has directed videos for Cassper Nyovest, Da L.E.S and Tshego.

pH took his album in a diverse direction and featured a number of artists including J Molley and Una Rams.

Check out the music video for Caught Up here: