In the past fortnight four SIs have been published amending the Lock-down Order.  The first two made minor changes to it but the third and fourth lifted the tight lock-down that has been in force since the 3rd January.  A consolidated version of the Lock-down Order incorporating the amendments made by these SIs can be accessed on the Veritas website [link].

We shall deal with the four SIs in turn.

This was published on the 19th February and declared the work of customs clearing agents to be an essential service for the purpose of the Lock-down Order, which means that clearing agents can carry on their business during the lock-down.

This SI was published on the 25th February and allows local authorities to open for business in the same way that government departments have been doing throughout the lock-down.

These two SIs were published on the 2nd and 5th March.  Together they relaxed the tight lock-down, making the following changes:

Some of the restrictions on people gathering in public places have been relaxed, some have been tightened:

It is still the general rule that:

o   people are not allowed to assemble in public places in groups of more than two, except when allowed by the Lock-down Order, and

o   everyone in a public place must observe social distancing (i.e. keep at least one metre apart) and wear a face mask.

Commercial, industrial and other businesses in the formal sector

Persons employed in a business in the formal commercial and industrial sectors are now regarded as being employed in an essential service.  Hence those businesses can generally re-open from 8 a.m. to 7 p.m. daily.  However, there are exceptions:

Restaurants are also allowed to open from 8 a.m. to 7 p.m. but only to serve customers with take-away food and (if they are licensed) with take-away liquor.  They can also send deliveries of food to customers.

Informal traders, like employees in the formal business economy, are now deemed to be employed in an essential service.  Hence they can carry on their activities from 8 a.m. to 7 p.m. daily.

However, only those flea markets, vegetable markets and bazaars that are designated by a chief enforcement officer – i.e. the chief health officer in a local authority area – are allowed to open.  People attending such markets must observe social distancing and wear face masks.

The nightly curfew is relaxed:  it now begins at 10 p.m. every night and ends at 5:30 the next morning.

Intercity passenger transport is now permitted, but only for vehicles operated by the State, local authorities, ZUPCO and operators who are specially registered by the Commissioner of Road Transport.

People can be carried in public transport so long as they observe social distancing (i.e. keep at least one metre apart) and wear face masks.

Passengers and drivers no longer have to show “exemption letters” at police and army roadblocks, so long as they can satisfy the officers manning the roadblocks that they are travelling lawfully.

Although the SI does not mention them, the President has announced that schools, colleges and universities will have to be ready to reopen.  Reopening them will require a further amendment to the Lock-down Order because it states in section 4(1)(e) that they must be closed for the duration of the lock-down, apart from the conduct of public examinations which is declared to be an essential service.

Again, the SI does not mention courts but a new Practice Direction, issued on the 2nd March [link], states that all courts are now to operate normally, subject to the following rules:

We need to repeat once again a comment we have made at least twice before.  The Lock-down Order has been amended 17 times and has become very difficult to understand.  It is not just the large number of amendments that cause difficulty:  provisions have been added to the Order that override earlier provisions, and then those provisions have been suspended and subsequently unsuspended.  Anyone who tries to find their way through the Order will soon get lost in the thickets of verbiage.

As we have said before, the rule of law demands that laws be obeyed, and they cannot be obeyed if they cannot be understood.  It is high time that the Order was simplified and consolidated.  Our health depends on it. 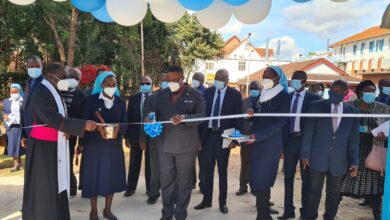 Zimbabwe: Free vaccination for all citizens 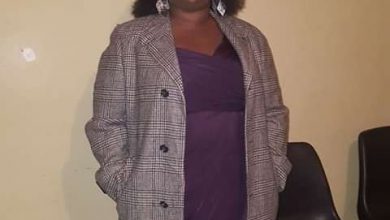