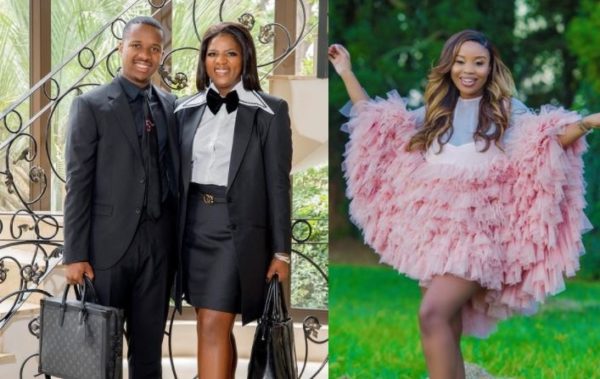 South Africans dragged the DJ for dating the 20-year-old, and some claimed she is a pedophile.

However, a source revealed that the businesswoman is against their relationship.

“Mam’Mkhize is against their relationship, She never approved DJ Sthelo as someone who could date Andile since she had another child from her previous relationship. Mam’Mkhize does not love DJ Sthelo and she cannot hide it,” a source said

“I don’t know anything about Andile’s girlfriends. We are very open to each other but I can’t be telling him who he must date and who he can’t date.  Andile is still young and I can’t involve myself in his private affairs,” said Shauwn.

“The only person I will entertain is a wife. Once he tells me ‘here is my wife mother’, I‘ll get involved.”