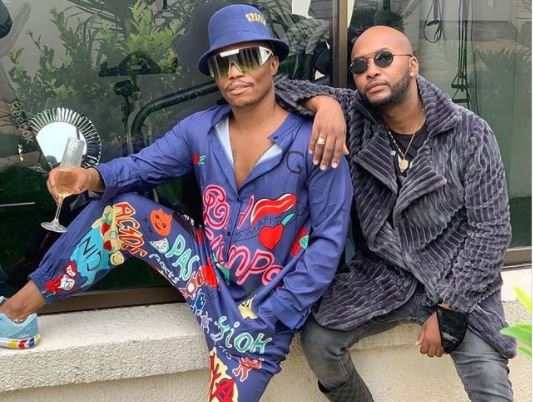 Somizi and Vusi Nova are still touring and showing off their friendship all over the world.

The two have caused confusion among their fans and followers as they wonder if the relationship between them is just friends as they claim.

Somizi and Mohale are still yet to finalize there divorce as both parties have not come out to share what is happening.

Well, amid all these, the media personality seem to be having more fun with Vusi than Mohale as they have been going on different vacations together.

Taking to Instagram, Somizi shared a video which he captioned with “Happiness is a 4 letter word” suggesting that he might not be as happy as he appears.

The video shows Somizi with his arm around Vusi singing and dancing to music.