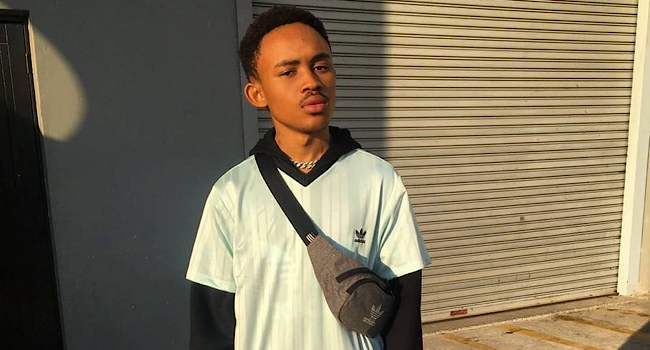 The Big Hash Celebrates His 21st Birthday And Drops Visualizer For Newest Single. The Big Hash is gearing up to drop a full length project in 2021. He has already given his fans small snippets of what to expect from his upcoming album, and has gotten fans pumped for the release.

The Again rapper took to Instagram to celebrate his 21st Birthday and to announce the release of his visualizer for his latest single BLACK. He also used the opportunity to thank all the stakeholders that were apart of the process. He captioned the snippet of the visualizer, “Finally 21 today. #BLACK out now on YouTube, link in bio. I’m thankful for Alain Kassa, GraphixGuy, Dooushii, Season 98 and Addidas for helping me make this happen.“

The single was produced by Pretoria native Dooushii who has produced for other Pretoria rappers Thato Saul and Tyson S.T.

The Big Hash has started 2021 on an exceptional note with his first single from his upcoming album Heartbreak Hotel. Peace of Mind shot to the top of the streaming charts and was instantly successful. The rapper has first promised that his EP Aries will drop some time in April 2021. He apologized to fans for the wait but promises that it’ll be certainly be worth the wait. He recently appeared on Majorsteez’ single Slime that also featured new wave rapper Blxckie.

The rapper mentioned that he plans to explore a new sound with his new music. He explained that the sound isn’t from here and he has found a new bag! He has not told fans much about his features, but has mentioned that he has a collaboration with songstress Ayanda Jiya. The Big Hash has not confirmed any release dates as of yet but fans can expect the releases in 2021.

Check out the BLACK visualizer here: