Magic: The Gathering is full of, well, magic. Almost every card you play is considered a spell, whether you’re summoning a creature, enchanting an enemy, or calling down a hail of fire from the sky. Now Wizards of the Coast will give its spellcasters an education in upcoming set Strixhaven: School of Mages, “Magic‘s take on the magical school genre.” In retrospect, it was really only a matter of time.

Magic’s 87th expansion, Strixhaven: School of Mages introduces the titular school and its five different colleges for the first time. Like other popular magic schools, Strixhaven divides its students into color-coded groups, which is pretty handy system considering color is a significant factor in Magic‘s gameplay. Each of Strixhaven’s colleges focuses on a different area of magic, and roughly correspond to departments typically found in more mundane, non-magical universities.

Today, Mashable is proud to share new lore details about one of these colleges. Quandrix College is Strixhaven’s equivalent of the mathematics department — if number nerds used the power of equations to throw down. From Wizards of the Coast:

“Quandrix is the College of Numeromancy, filled with highly intellectual nature-mathematicians. The students of Quandrix wield their power from the fundamental mathematics of nature, studying fractals, patterns, and symmetries. Quandrix mage-students have the ability to summon creatures that are made up of fractals. They are also able to expand their knowledge and even their physical size through the manipulation and bending of numbers. Their college motto is ‘Math is Magic’.”

Mashable can also exclusively reveal a brand new character entering Magic lore for the first time: Zimone Wola. A gifted young Quandrix student, Zimone’s family history is shrouded in mysteries that remain unknown even to herself — at least for now.

“Zimone Wola is a female mage-student of Quandrix College, she is a brilliant and bright prodigy who entered Strixhaven at a younger age than most. Due to her high level of intellect, she flew through her studies in school, passing endless tests of magical study that were way beyond her years. She has recently chosen her college, now becoming a second year Quandrix mage-student much to the delight of her professors, who are keen for the talented whizz to attend their classes. While part of Quandrix, she remains friends with two girls she met in first year; one who has chosen Prismari and the other who will be attending Silverquill.

“Zimone wears patterned uniforms like the rest of Quandrix; it is layered and complex, reflecting what she loves. Her goal is to crack the Vorzani Conjecture; a famous and unsolved magical theorem that students and professors at Quandrix have been trying to figure out for decades. Zimone can often be found inside the great Biblioplex – finding books to help solve the theorem.

“Her mind is her most powerful weapon which enables her intellectual expansion. Her physical magic is shown as fractals and mathematical interpretations of natures. Intellect runs in her family – her grandmother was once a Quandrix professor but due to unclear circumstances, she has not been seen at Strixhaven University for many years. Even though Zimone is smart, sometimes she can feel uncertain. She struggles to deal with unknown mysteries, particularly ones relating to her own family. Her time at Strixhaven will help her figure out who she is, but it will be the challenges she faces that will allow her to decide who she wants to be.”

Zimone and Quandrix will feature in upcoming fiction found on the Strixhaven website, with more information to be revealed during an official Twitch stream on March 25 at 9 a.m. PT.

Magic: The Gathering‘s Strixhaven: School of Mages is scheduled for release April 23. 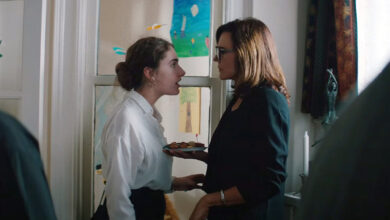 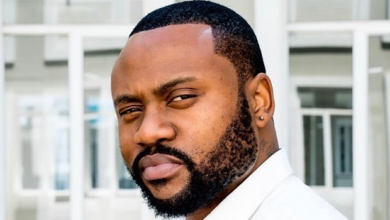 Reason Makes Major Announcement About The Future Of His Rap Career