A Look At Virender Sehwag

Virender Sehwag or the ‘Nawab of Najafgarh’ as he’s fondly called was able to immediately bring joy when we walked out to bat. I clearly remember Virender Sehwag made his Test debut at Bloemfontein and here was a youngster facing up against Shaun Pollock, Makhaya Ntini, Matthew Hayward and Jacques Kallis on a pace friendly pitch and instead of getting buckled down and crumbling under pressure, Virender Sehwag played a late cut over the slips on his way to a superb century that was comprised of nineteen boundaries!

Virender Sehwag was a trendsetter and in a very unusual and simple manner. Virender Sehwag made batting look extremely easy to the eye. We must not forget the time he came into the team too. India has the ‘godly’ touch of Sachin Tendulkar, the poise, grace and technique of VVS Laxman and Rahul Dravid and the dogged, fighting spirit of their captain Sourav Ganguly.

Sehwag modelled his batting stance on his idol Sachin Tendulkar but he managed to leave his own imprint on the game. No one can doubt his contribution to the Indian team and the fear he could instil into the oppositions teams especially if the pitches were conducive for batsmen.

Virender Sehwag will hold a special place in my heart as from what I can remember, if there has been a cricketer who my father has been a fan of it would have to be Virender Sehwag. My father is that kind of cricket fan who watches almost all games featuring India despite his hectic and tiring work schedule and would be the first person to switch off the TV if India is losing! And of course, I have been on the receiving end on many occasions when I continued to watch the game despite him leaving the room. This still happens even now.

I am sure my father would have had his favourites growing up from the 1970s and 1980s but ever since I have had the good fortune to follow the sport and have any memory of watching TV with my family especially Dad, I have never seen him more excited to watch a player on a TV screen! Such was his fondness for Virender Sehwag and his brilliance. He never really followed the coaching manual but still managed to tear apart the best bowling attacks in tough conditions.

My father would travel to different parts of the world and keep travelling to Pune for work on a weekly basis, but when he came home and if India were playing everything took a back-seat especially when Virender Sehwag was at the crease. Viru could entertain, enthral, amaze and also frustrate fans and people watching him- all in the same innings! But when he got going there could be no stopping him ravaging opposition bowling attacks.

His epic knock-in Multan where he became the first Indian to score a triple ton only to get it again himself against South Africa later still stays fondly in every Cricket fans mind. At the time the series was happening was the first time I created an email Id of my own and not too surprisingly it was [email protected]. Such was the impact that knock had on me, such clean hitting against some fine bowlers!

Anyone who followed Indian cricket in the 2000s couldn’t not like this batsman. Such was his batting that he could keep anyone and everyone engaged and hooked on to the game when he’s at the crease.

I still vividly remember how he missed two more opportunities of getting triple centuries in his Test career- one in Melbourne where he got out to a full-toss of Simon Katich when he was on 195 and the other chance was against Sri Lanka at the Brabourne stadium he fell for 289.

He truly deserved to get triple centuries in both those games. In 2003, he scored 195 runs within a day’s time! This was much before the T20s changed how batsmen score at a higher rate than earlier.

Someone with limited feet movement, completely relied on hand-eye co-ordination to produce such magic! The Delhi lad smoothly was able to transition his effortless brilliance in Test in formats that are made for a player of his ability and style- ODIs and T20Is.

For a batsman of his talent and ability, he probably didn’t do complete justice to his talent in the IPL, as he hasn’t dominated that tournament. I personally expected him to give Chris Gayle, ABD a run for their money in the IPL, but that was not to be. A lot of that has to do with him playing in the fag end of his career in the IPL.

But probably two instances or events come to my mind very clearly when I think of Sehwag and his batting. In the 2002/2003 tour to New Zealand, the only batsman who could put bat to ball from India’s star-studded team was this young batsman who was rising up the ranks.

Even the likes of Dravid and Tendulkar faltered to counter the pace and swing especially of Shane Bond, Darryl Tuffey and Kyle Mills at their peak on home conditions that suited them so well.

The hundred Virender Sehwag hit in Hamilton in the second ODI is clearly imprinted in my mind as the conditions were blistery, and the opposition had some fine bowlers. It was amazing to see how he backed his ability and was brutal on the square of the wicket. That 2002/03 tour of New Zealand would not be remembered by Indian fans as the tour was a real let-down from the team, but Virender Sehwag made that tour his ‘coming of age’ series. Fantastic batting against all odds.

Another innings that comes to my mind is his blistering start in the iconic World Cup 2003 match vs Pakistan. He tore apart Wasim Akram, Waqar Younis and Shoaib Akhtar. He in fact dominated the opening partnership with Sachin Tendulkar. The way he set up the chase in what was cricketing drama at it’s best- when you consider the crowds, the occasion and the pressure involved. Virender Sehwag may have not gone to hit a ton but his quickfire will be fondly remembered even now.

Post-retirement, if there is one cricketer who speaks his mind out the best after becoming a commentator it has to be Viru. His rib-tickling one-liners in the Hindi commentary box is really good fun to hear. I often switch to Hindi commentary just to hear Viru, Irfan Pathan and Aakash Chopra commentate. They are pretty good and Sehwag adds that much-needed entertainment quotient that goes missing generally in commentary off late.

Virender Sehwag, the entertainer holds a special place in my heart and is a common link between me and my father. As someone who has quietly admired and constantly supported my writing, this article is even more special as I could present my version of what Virender Sehwag’ batting meant to someone whose cricketing sensibilities were shaped in the 2000s.

For my father, a large amount of fun in watching the game came down post the retirement of Virender ” Nawab of Najafgarh” Sehwag but he still manages to watch most of India’s matches even now. Very few true entertainers grace the game and Virender Sehwag ranks among the best we have witnessed purely from the joy he gave us with his style of batting! 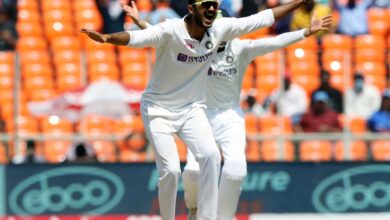 Another Meek Surrender By England, India In WTC Final 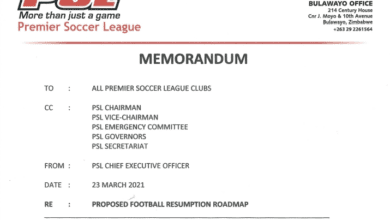 Proposed Football Resumption Roadmap Revealed, competitions to start in May 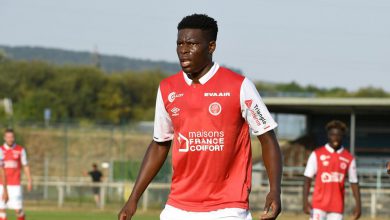 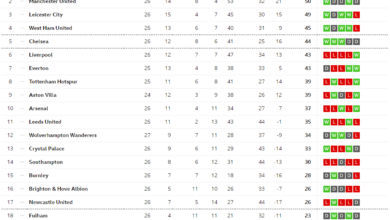