France’s Annecy Festival, Europe and one of the world’s largest and most important annual events for all things animated, has announced the lineups for its first group of competition sections for this summer’s 60th anniversary hybrid edition.

Instantly recognizable U.S. titles from this year’s TV competition lineup include the “Last Splash” episode of Matt Groening’s Netflix Original “Disenchantment,” praised for its sincere handling of the tragicomic romance of lead character Princess Tiabeanie, or Bean, and mermaid Mora. Hulu’s long-awaited and well-received reboot of Warner Bros “Animaniacs” is participating with its two-part premiere episode “Suspended Animation,” featuring the three Warner siblings and fan favorites Pink and the Brain. The best-known franchise in this year’s competition however, is Apple TV Plus’ “Peanuts” update “The Snoopy Show,” from DHX Media, Peanuts Worldwide and Schulz Studio.

Major non-U.S. productions include Russia’s “Masha and the Bear,” for a time the holder of YouTube’s most-watched video and still in the top 10; Finland’s “Moominvalley” series adaptation; and Netflix’s “Japan Sinks: 2020,” adapted from the award-winning 1973 novel.

As is customary, and well deserved, French production once again makes a strong showing in the festival’s TV competition section. Among the better-known entries in this year’s selection is Disney’s reboot of “Chip ‘n’ Dale,” first announced at an 2019 Annecy panel and produced for Walt Disney EMEA by French super-producers Xilam. Other key French titles include “Boon & Pimento,” “Pompon Ours,” TV special “Maman pleut des cordes,” as well as several international co-productions.

Scheduled for June 14-19, the festival and accompanying Mifa market will host an in-person edition as well as a digital event for those unable to attend. Exact details of what will be available where, and to whom, are not yet nailed down, but the festival has explained that “We are currently working on our proposal for the Annecy Festival and Mifa 2021 edition to ensure that it is correctly adapted to measures that apply to our industry’s sector and for our participants’ safety. Therefore, the website’s content will soon be updated and communicated to you shortly. Stay connected!”

Last year, the festival was part of a first wave of events to go digital rather than cancel or postpone and set a high bar for those that followed. 15,570 badge holders, a record facilitated by the event’s online nature, from 111 countries, signed up to access the 2020 Official Selection and a wide range of masterclasses, round tables and behind the scenes videos. In total, attendees had 27 hours of live content and another 80 of unique animated material to enjoy on the Annecy Online platform.

This year, more than 2,700 cartoons from more than 100 countries were submitted for just this first batch of categories alone. Notably, from the Graduation Films competition 60% of the selected films are from women students, marking the continuation of a trend which will hopefully impact the features and TV sections of the future. According to Women in Animation, 60% of animation students are women, yet women only make up 20% of the animation creative workforce. The disconnect is alarming, yet organizations like WIA and the Annecy Festival are committed to bucking the trend. For instance, this year’s TV and Commissioned Films sections feature 27% and 38% women-helmed productions, well ahead of the industry curve, but lamentably still far from the 50/50 gender parity that WIA hopes the industry can reach by 2025.

“There’s no surprise to find that the 2021 selection of short films is marked by themes and questions linked to the pandemic,” said Annecy artistic director Marcel Jean in his brief summary of the highlights so far. “Festival regulars will be pleased to find several familiar names competing: Franck Dion, Joanna Quinn, Jalal Maghout, Joan Gratz, and Georges Schwizgebel. Some may also be surprised to see the Inuit filmmaker Zacharias Kunuk, winner of the Caméra d’Or at Cannes in 2001 for ‘Atanarjuat,’ among the directors in the selection at Annecy.”

“Ultimately, it’s a diverse selection that confirms the growing presence of a new generation of female French directors where formal exploration opens the doors to experimentation as well as off-the-wall humour,” he added.

Other standout trends in this year’s competition include the increasing presence of streamers as commissioners of competition work. Animation is a key area of interest for the platforms and most of the heavy hitters – Netflix, Apple TV Plus, Disney Plus – are present and accounted for.

Animation created specifically for adult audiences has grown in popularity in every section at Annecy, and this year is no exception, particularly as the lines between kids, family and adult shows blur. There is also a marked increase in the diversification of contributing countries as technology becomes more easily accessible and live-action shoots harder to execute under COVID-19 protocols. The section, once overwhelmingly dominated by the U.S., France and Japan, is as geographically diverse as ever, and should benefit from that fact.

To that end, Annecy 2021 will feature a plethora of work from the African continent, including last year’s intended spotlight on Africa, which was originally scheduled for 2020. In recent years, Africa’s presence has grown consistently at both the Annecy Festival and its Mifa Market. In the three sections announced this week, productions from South Africa, Ghana, Egypt and Kenya are featured. The TV competition hosts two African titles in “Twende,” a co-production between South Africa, Kenya, the U.S. and U.K., and “Kenda” from the Ivory Coast and France.

In addition to the TV section, Annecy also announced its short film section, which Variety will break down in extensive detail in the weeks leading up to the festival, as well as its graduation and commissioned films competitions, listed on the festival’s website and to be outlined further in the coming weeks.

Japan Sinks: 2020 “The Beginning of the End” (Masaaki Yuasa, Japan)

Jesus, the Story of a Word “In the Desert,” (Antoine Robert, France)

Masha and the Bear – Nursery Rhymes “Wheels on the Bus,” (Dina Maltseva, Russia)

Mush-Mush “The Guardian of the Forest,” (Joeri Christiaen, Belgium, France) 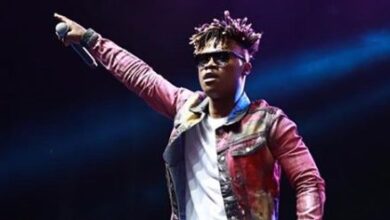 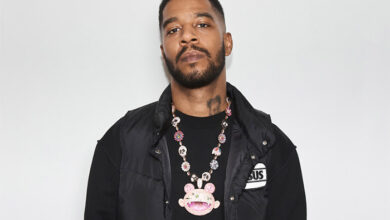 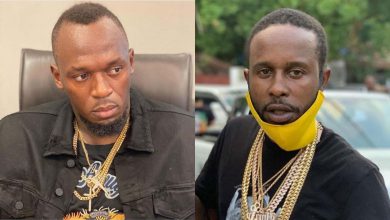