TWO weeks ago, the government published a legal notice ordering thousands of people in Chilonga in Chiredzi, Masvingo province, to leave the area to pave way for lucerne grass farming.

The legal notice, Statutory Instrument 50 of 2021, said the land, measuring approximately 12 940 hectares, would be offered to a dairy company, Dendairy, for stockfeed farming.

More than 12 500 villagers in the area face eviction, but they got a provisional let-up after the Masvingo Magistrates Court granted an interim relief barring the arbitrary eviction.

The mooted Chilonga evictions, which contravene Section 74 of the constitution, have been met with harsh condemnation from the community, church groups, human rights defenders, non-governmental organisations, opposition parties, as well as the global community.

Despite the constitutionally guaranteed freedom from arbitrary evictions and right to shelter and dignity, vulnerable groups like women and children bear the brunt most.

While the government says the evictions are above board and affect a handful of villagers, little has been considered in the aftermath of the exercise and possibly the plight of women and children.

The evictions infringe on the rights of the villagers to decent housing and shelter, freedom from arbitrary evictions as espoused by a number of international and regional conventions to which Zimbabwe is a signatory, including the International Covenant on Economic, Social and Cultural Rights, the Convention on the Elimination of All Forms of Discrimination against Women, the Convention on the Rights of the Child as well as the African Charter on Human and People’s Rights and the UN Charter, among others.

The Habitat Agenda also commits states to providing legal security of tenure and equal access to land to all people, including women and those living in poverty, and undertaking legislative and administrative reforms to give women full and equal access to economic resources, including the right to inheritance and to ownership of land and other property, credit, natural resources and appropriate technologies.

Despite all these international and regional commitments as well as local statutes, subjective evictions have become the order of the day in the country and in most instances, court orders are not complied with.

Most of these evictions don’t follow due process and are accompanied by opaque compensation arrangements.

In 2014, more than 3 000 Chivi villagers were displaced to pave way for the expansion of Tugwi-Mukosi Dam and discarded at Chingwizi transit camp where they had to endure adversity for close to three years before they were relocated to Nuanetsi Ranch in the dry Mwenezi district.

There are many incidents where villagers were arbitrarily evicted from farms and villages of origin driven by the government working in cahoots with politicians and foreign companies.

Globally, Africa remains the continent attracting the most land-based investments. Data from the Land Matrix indicates that there were 422 transnational land deals concluded in the agricultural sector (42% of all global deals) on 10 million hectares of land in Africa.

These so-called investments, in most cases, displaced many families with women and children mainly feeling the burden.

For Tendai Zhou, who was among villagers evicted from Chivi and settled at Chingwizi momentarily, she had to shoulder all the daily responsibilities, ensuring her own survival and that of her family.

“When we were displaced and settled at the transit camp, we had to travel long distances to find water, food, firewood, medicines and other essentials. In so doing, we were put at great risk of danger, especially sexual violence,” said Zhou, who now works at a food outlet at Rutenga shopping centre in Mwenezi.

“There is lack of safety and privacy in the so-called transit camps, which exposes women to health problems and increases their risk of being subjected to sexual violence.”

Zhou’s predicament is a mirror of problems faced by millions of women and children, who are evicted across the globe.

According to the Internal Displacement Monitoring Centre (IDMC), the global estimate of 21 million displaced women and girls accounts for just over half of the 41 million internally displaced people worldwide.

The United Nations Refugee Agency says women and girls make up around 50% of any refugee, internally displaced or stateless population, and those who are unaccompanied, pregnant, heads of households, disabled or elderly are especially vulnerable.

The plight faced by women and children at Chingwizi and other transit camps across the country made sad reading.

“The burden of family responsibility, coupled with the anguish of sudden loss of a home as well as some properties, also takes a huge toll on the women’s health,” said Dorothy Chirwa-Tumbo, a social commentator.

“More so, lack of resources may lead to situations where, by virtue of their sex, women are demoted to last place in terms of access to food or water, and most cases they would eat less or last.”

Chirwa-Tumbo said the trauma caused by being evicted, homelessness and travelling was difficult to overcome and affect children psychologically.

“Women, who already face patriarchal challenges in access to land and property because of discriminatory laws and practices at all levels, have been the most harshly affected. While communities in general have felt the impact of extractive industrialisation such as loss of land, evictions, environmental degradation, food insecurity, and social disruption, the gendered nature of these effects must be highlighted, ” said Kasambala.

“Projects engaged in land-consuming industries such as extractives, agribusiness and dam construction, impact women and men differently, and affect women more negatively. Despite constituting the majority of people living in rural areas and representing a large proportion of those working on land for subsistence, women are rarely consulted when access to their land is negotiated nor during compensation processes.

“Where there is compensation, it is often paid directly to men. Evictions and land displacement also place women at heightened risk of sexual and gender-based violence and pollution of water sources forces women to travel further to access clean water.”

“There are three clinics in the said area and people are evicted, pregnant and nursing mothers will be forced to travel long distances to medical facilities,” Mlevu said.

“There are also about 13 schools, so , children would walk long distances to school if evicted. This is particularly worrying because the area is still highly conservative and as such, women and children cannot voice their concerns.”

The sad developments at Chilonga and many other farm evictions are an example of the shortcomings of the government’s policies, which instead of reversing the colonial imbalances, are leaving men, women and children in a quandary.

“It is our main worry that villagers are being punished this way by the government, the major victims who suffer most are women, children and those people living with disabilities. These disadvantaged groups are the ones who bear the brunt the most,” said a traditional leader in Chilonga who spoke on conditions of anonymity.

Masvingo Centre for Research Advocacy and Development (Macrad) Trust in a report said there was need for the government to take urgent measures to provide protection and assistance to those who would have been displaced.

“Prioritise the needs of vulnerable groups such as women, children, elderly and chronically ill persons. Access to humanitarian assistance should not be made conditional upon residence in specifically designated areas, but should be made available on the basis of need,” reads part of Macrad report.

“The Shangaan people have to participate in the decision-making process not as affected people, but as primary actors who contribute to socio-economic value of the lucerne project through their expectance of its cost and benefits.”

The civil society in Zimbabwe in a joint statement said the increased use of statutory instruments by the Executive at the expense of the Parliament was worrisome.

“We note with concern the increasing use of statutory instruments by the Executive, overthrowing the Parliament from its law-making function. We further note that several communities in Zimbabwe are facing displacements to pave way for commercial projects which they will never sustainably benefit from. Some of the threatened communities are Dinde and Cross Dete in Hwange, Sese in Masvingo, wards 12 and 14 in Dotito as well as the Kusema community in Marange, just to mention a few,” said the civil society.

The civil society called on Local Government, Rural and Urban Development minister July Moyo to withdraw S150/2021 with immediate effect and identify alternative land for such a project.

However, government said no one would be evicted from Chilonga but villagers would be incorporated into the project as outgrowers. 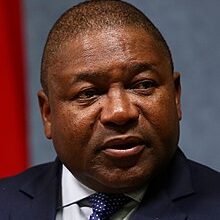 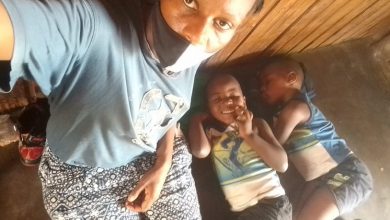