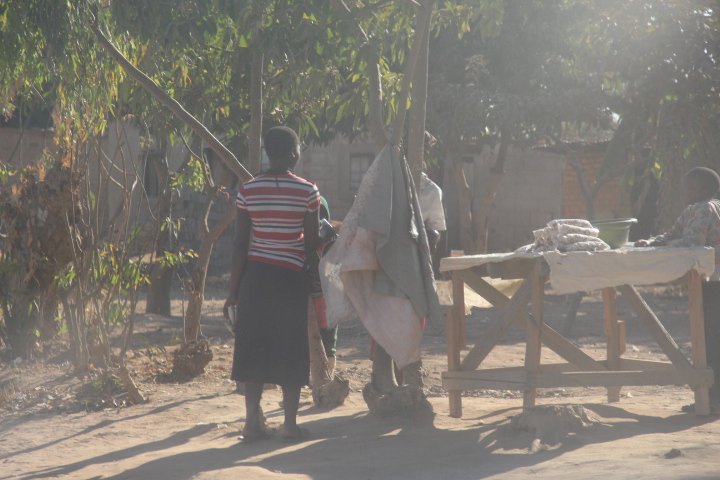 At the beginning of this year, the acute water crisis in Domboshava area generated a rise in undesirable teenage pregnancies.Most of the pregnancies were a result of sexual relationship that bloomed at boreholes and Mashonaland Central has the highest teen pregnancy rate.

Nokutenda Rusere (16) a young mother from Domboshava , became a mother at an early stage and her husband was abusive and she regrets the joy of getting married. “My parents became my enemies when I got pregnant and l forsake their advice ,now l live everyday with regret because l have been living with a violent man. “

Fight has been a daily routine for Rusere but the torture has silenced her because she depends upon her husband .

“We always fight and since I depended on him I would just prefer to live with him as I was shy to go back and live with my parents.”

In 2017, Zimbabwe recorded the highest teen pregnancy rate in Sub-Saharan Africa according to a national study. The study revealed that one in every 10 girls aged 15 to 19 years falls pregnant every year hence the cultural and religious practices are being blamed.

Given an opportunity to better her life Rusere aspire to start backyard butcher.

“I now want to be an entrepreneur and start my own project of rearing broilers as a way of survival than depending on a man. Hence with economic hardships and social media platforms, I urge young women to know what they want in life and not be fooled by these men because one becomes a mother at adolescents which is immoral,” she said.

Nyarai Chonyera (32) who was also involved in teen pregnancy and is a mother of two who was abused by her husband for five years and then he left her for another woman.

She has been surviving on part time jobs in the homesteads so that children can attend schooling.

She also pleaded for assistance to acquire any business even being a housemaid so that she can be able to fed her children and send them to school.

Sexually active young women and girls have a high risk of unwanted pregnancies because more than 70 percent of them rely on oral contraceptives and condoms as opposed to long-term measures such as intra-uterine devices according to an April 2020 report in The Health Times.

According to the World Health Organization as at 31 January 2020, every year an estimate of 21 million girls aged 15 to 19 years in developing regions become pregnant and approximately 12 million of them give birth.

At least 777 000 births can occur at adolescent girls younger than 15 years in developing countries.