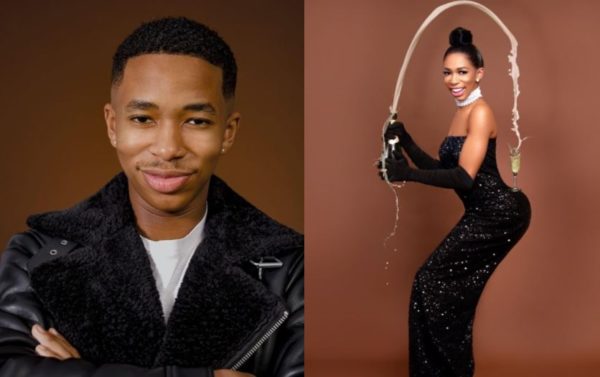 The star is known to be someone who loves to dress like a woman sometimes.

Taking to Twitter, Lasizwe revealed that he can’t believe that Keeping Up With The Kardashians will kick off its last season on Sunday.

Recall, in 2020, Kim took to Instagram to share the news that the show will be coming to an end soon.

“It is with heavy hearts that we’ve made the difficult decision as a family to say goodbye to Keeping Up with the Kardashians,” she said.

Well, Lasizwe decided to show his love to Kim as he did a lookalike of her.

The comedian said: “Me as @KimKardashian in her ICONIC looks! Did I nail it? #KUWTK”

“I can’t believe it’s LAST SEASON of #KUWTK! It starts this Sunday 7:05pm on E! Chnl 124 CAT @eentertainment @KimKardashian You are ICONIC!!!!”

Me as @KimKardashian in her ICONIC looks! Did I nail it? #KUWTK pic.twitter.com/XlzgQUEOI7