Smartwatches have been flying under the radar in 2020. This year has been all about foldable smartphones and they have been stealing the spotlight from our wearable accessories, in some cases unjustly so. The Samsung Galaxy Watch Active 2 tries to bring many of the best smartwatch features to a package that is more suited to fitness tracking.

Let’s get straight to the lacking rotating bezel from the original Galaxy Watch in 2018. It was, and still is, the best way to navigate the software on a small screen like a smartwatch display. In order to make it a proper, full-blown fitness tracker inside a smartwatch Samsung decided to ditch it.

However, you still use the bezel to navigate the software. In the Galaxy Watch Active 2 it is a capacitive bezel, where you use your finger with pressure on the bezel in a circular motion. It has haptic feedback which makes it (kind of) feel like a real dial, although it took some time to get used to. Several times it also struggled to pick up the rotation on the first or second try – especially with sweaty fingers or when the display is wet – which can be frustrating.

On a more positive note, the fit and finish of the Galaxy Watch Active 2 is a lot better than most fitness trackers out there. It fits on the wrist much better than the bulkier Galaxy Watch. The metal construction looks and feels very premium, not very common in these kinds of wearables. It does have a synthetic rubber strap, which might not be for everyone, but again this is for the purpose of full fitness tracking. There is a 40mm and a 44mm model, and the larger one doesn’t feel overly large like the Galaxy Watch (46mm), for example.

There are two side buttons as before, with a back button on top and a home button at the bottom which displays your app ring. Double tapping the home button brings up Samsung’s smart assistant Bixby by default, but you (and should) set it to something more useful like Google Assistant.

The Active 2 has a 360 x 360 display, coming in a 1.4-inches for the 44m model, of the Super AMOLED variety Samsung has been perfecting for years. This is the sweet spot for screen size in smartwatches – it is enough screen real estate to see all the important information you need to and interact with the watch. However, as is the case with most smartwatches, reading a full email on chat thread on the display can feel like a chore.

Most of Samsung’s apps have been optimised for this display, and it shows. Some third party apps can sometimes struggle with aspect ratios or navigation with the bezels, but this comes down to the software choice – Tizen.

Samsung have built a relatively strong ecosystem on Tizen, the software platform that runs all of their smartwatches (and some badly received smartphones). Over the years, all of the big apps you would expect on Watch OS and Wear OS have made their way to Tizen, which is good to see. Like its predecessor, it runs the company’s proprietary One UI skin atop of Tizen, so at least your smartwatch UI will look the same as on a Samsung smartphone.

There are some new integrations with this watch, like taking a photo on a phone with the Samsung Wearables app and creating an algorithmically chosen colour-and-pattern watch face design. It brings more customisability to the watch, obviously meant to make it match your clothing on any given day and more of a fashionable accompaniment.

The Active 2 runs on the Exynos 9110 dual-core chipset, which isn’t an upgrade over the previous version unfortunately. The 1.15Ghz processor never struggled in our review period, though, flying through any navigation and app scrolling. It also never stuttered on any of the fitness features, which probably uses most of the processing power.

Fit for the Role

The new Galaxy Watch Active 2 doesn’t have all that much new in terms of fitness apps or features. That’s not necessarily a bad thing – it still has 39 workout-tracking modes, like running, walking, cycling and swimming. The latter is something missing from most fitness trackers, at least anything remotely accurate. All the modes work well (granted, we didn’t test every single one of them), especially the cardio-based actions.

Importantly, you can save music on the watch and connect via Bluetooth to headphones or earphones for your workout. You don’t need to drag your phone with you as well, which is great for those who like to go for a jog. The watch will also give you vocal updates on your workout to the earphones if you would like. Just be aware that transferring and listening to music if you are an iPhone user is a lot more difficult (although, we don’t expect iPhone users to be in the market for this device).

The watch also has an ECG, which is used to detect the electrical activity and rhythm of your heart. It has been seen in other device as well and should make its way to most smartwatches. It could alert the user to strange rhythms and act as an early warning system to any issues.

The fact that it has automatic trip or workout detection makes it a really strong fitness tracker, with all the smartwatch tricks you may want.

When it comes to battery life, the Active 2 delivers decent performance. You will easily get two full days of battery between charges. Samsung has claimed that it could last up to four days, but we suspect that is with minimal use and no fitness workouts, or not playing music.

The watch does have a battery saving mode, but that switches off a lot of the features which essentially turns it into an expensive wristwatch.

The watch also charges quickly with its wireless dock, so you can easily top up if need be.

The Samsung Galaxy Watch Active 2 is straddling the line between fitness tracker and smartwatch. In fact, it tries to rip up that line and be both. Largely, it succeeds. It shares almost all the features of the larger Galaxy Watch 3 at a more affordable price.

For many, that is going to be the biggest consideration. At current prices you can pick it up for around R5,000, which is a fair price for a very strong package.

The Galaxy Watch Active 2 is best suited to Android users who want a smartwatch that offers a lot of customization and great exercise tracking options.

Parler is back online – TechCrunch 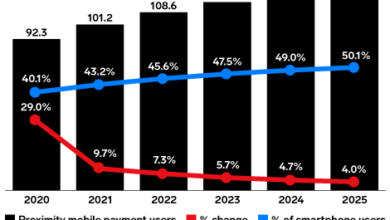 Fueled by pandemic, contactless mobile payments to surpass half of all smartphone users in US by 2025 – TechCrunch 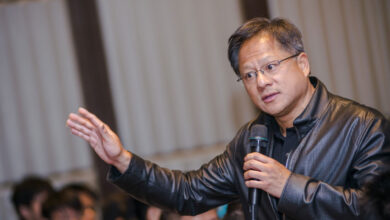 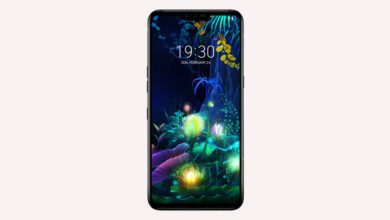 LG may shut down its smartphone business