Impressive victories over Merseyside opponents were tinged with a VAR intervention that Chelsea fan and columnist Giles Smith feels calls the science behind the video technology into serious question, as he explains as he gives his supporter’s view of the past week…

A week ago, I was thinking that seven or even five points from the next nine available in the Premier League would be a reasonable ambition given the opponents in question.

Too timid by far. If we accept the standard media definition of those matches against Liverpool and Everton as ‘six-pointers’ in relation to the campaign for a place in the top four, then that’s 12 points in the bag from our last two fixtures alone, meaning that we’re already seven points ahead of my proposed acceptable target, with one standard three-pointer (Leeds away on Saturday lunchtime) still to come. Talk about exceeding expectations.

Those were two important victories, clearly – and defeating Everton at that particular moment may turn out, in the final reckoning, to have been even more important than defeating Liverpool, although a victory at Anfield will always have a special place in one’s heart. That said, as early as Sunday, one was forced to engage with the uneasy feeling that Fulham were slightly devaluing our currency by going there and coming away with exactly the same scoreline. I mean, you loved to see it, obviously, yet at the same time…

But of course one has to be realistic and accept things as they are. With Liverpool having attained the rare (and, for a defending champion, entirely unprecedented) feat of losing six home games in succession, it follows logically that just under a third of the league has managed to win at Anfield this season. Frankly, these days if you want to beat Liverpool at their place you have to join the queue.

On the subject of Anfield, a Liverpool-supporting sports columnist in one of the newspapers this week was gently corrected in the readers’ below-the-line comments for mistily recalling ‘that time Stevie G slipped over at Stamford Bridge’ – something which never happened, of course, Gerrard’s monumental title-shipping fall in April 2014 having taken place, almost as if to maximise its potential for poignance, in the captain’s own back garden.

Well, it’s always good to get the details right, I guess, especially regarding a traumatic moment in your club’s recent history. But at the same time, it’s not just instinctive solidarity with a writer working to a deadline that leads me to feel that this kind of slip-up (the newspaper columnist’s, not Gerrard’s) is not just perfectly forgivable but entirely understandable – and very much the effect of the way things have panned out these past three or so decades.

Because when you think about it, if something important of a footballing nature happened in the 21st century or the closing years of the previous one, the chances are extremely high that it wasn’t at Anfield. The chances are far greater that it was at Stamford Bridge. That’s simply history for you, and in the end the influence of history is bound to affect the mind.

Anyway, far more pressingly, it’s time to write off VAR once and for all. Really: let’s finish it here. We did our best to love and cherish it – and while it was giving Champions League goals to Olivier Giroud that the officials on the pitch were determined to rule out, you would have to say the system seemed to have a certain irresistible charm. You could almost credit it with a reason for existing, even.

But then it went and wiped off Timo Werner’s goal at Anfield and, well, I’m sorry, but that means I’ve finally had enough. I think I wanted Werner to be credited with that goal at Anfield as strongly as I have wanted anything in recent months, apart from for lockdown to end. And yet, of course, in a now entirely common VAR scenario, he ended up being ruled offside by the width of the knuckle on his middle finger.

Now, I don’t wish to come across as some kind of conspiracy theorist, living out in the woods and cooking gently in the steam rising from my own brain, but it does increasingly seem to me that the science of VAR has something of the flavour of a hoax about it. Every time the system comes into operation now, or certainly on offside decisions, I’m left wondering whether we aren’t blithely consenting to have the wool pulled over our eyes.

At the heart of any offside ruling, of course, is a view about the point at which the ball was played. That is what has made the rule so magnificently chaotic and borderline unenforceable since time immemorial. Because what point is that? At what point can the ball – and especially a ball which is already moving – categorically be considered to have been ‘played’?

And more to the point, are the Stockley Park video jockeys confident that they can identify that moment of impact between ball and foot (or whichever part of the passing player’s anatomy is involved) down to the finest degree, any more than an assistant referee ever can? Or are they just taking a stab at it and freezing the frame?

I’d love to know, but for some reason that’s the end of the calculations that we are never asked to worry our heads over. We only ever look on while the Stockley jocks apply their computerised tools – their various virtual set-squares and spirit levels – to the frozen image. How they arrived at that frozen image, rather than another frozen image seized a fraction earlier or a fraction later, at a point in the time-space continuum when Timo’s knuckle was still onside – that’s the end of the calculation that we are never invited to be a part of nor to question.

So it seems to me perfectly plausible that those minutely discriminating calculations at one end of the sum are based on a guesstimate at the other end. In which case, it’s like measuring for curtains on the basis of a child’s drawing of the house.

Ah well. One thing I’m certain about is that we wouldn’t even be having this argument if the grounds were still full. VAR didn’t cause Covid-19: that’s one of the current social and economic catastrophes for which elite-level refereeing is definitely not to blame. But I genuinely believe that Covid-19 is currently causing VAR.

By which I mean that, without the pandemic and the empty grounds, it would have collapsed under the weight of public disapproval by now and been removed. Remember the contempt for VAR in the stadiums last March? Remember the angered and noisy protestations, bringing together home supporters and away sections in rare harmony? The anti-VAR movement was uniting fans around the country. But then lockdown happened and the grounds fell silent. 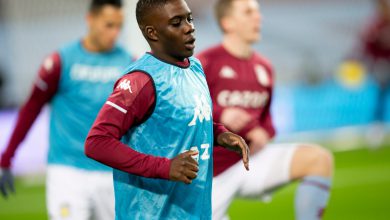 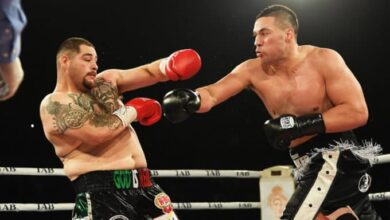 How The Winner Can Get A Heavyweight World Title Shot Next 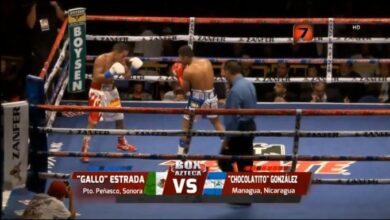 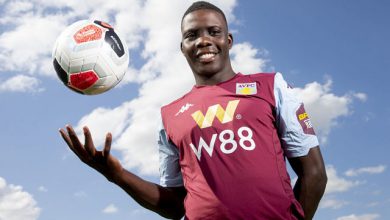