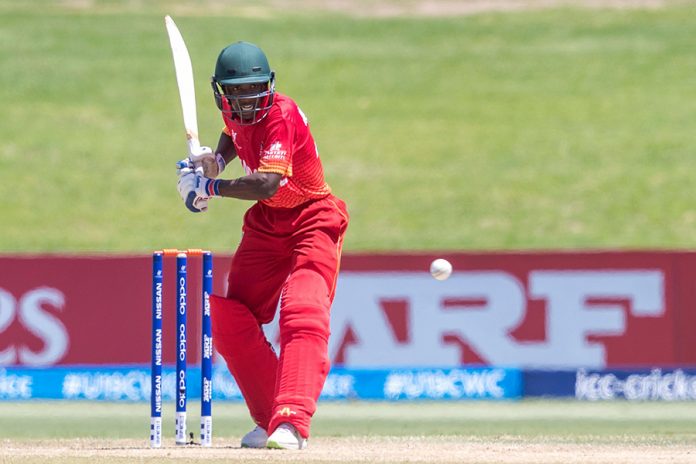 IN 2004, Wesley Madhevere was only four years old.

It is the year that cricket in Zimbabwe took another twist and made headlines in the world.

A group of 15 white players, including three blacks, were fired.

The group was later called ‘the rebels’.

It is the year the Zimbabwe Cricket Union (ZCU) was pressured to take a hiatus from the longer version of the game due to poor results.

Cricket took a nose-dive in the country.

A streak of poor results followed as the new-look team was made up of fringe players who had little or no experience on the international front.

Tatenda Taibu, Hamilton Masakadza, Prosper Utseya and Brandon Taylor, among others, were ushered into the national team.

Under the circumstances, the team had an uphill task of replacing the experienced 15.

Zimbabwe made headlines after dismissing players and for posting poor results.

It was a matter of national pride where selection criteria was to be changed, not based on skin colour.

The white players made a lot of political statements, including wearing black armbands claiming they were ‘mourning the death of democracy in Zimbabwe’.

At that time, there was little exposure of the rookies because of the selection criteria that favoured the white minority.

Although the team was very successful, national pride was at stake as the team did not have equal selection opportunities.

Henry Olonga, Douglas Hondo and Mluleki Nkala were the only black players to don the national jersey.

Today, Madhevere is part of a team that is in Abu Dhabi, taking on Afghanistan in all formats of the game.

The 20-year-old right-handed batsman is part of a youthful side that surprised Afghanistan in the first Test, choking hosts inside two days with a 10 wicket win.

They are the future of this so-called gentlemen’s game.

The players in the infirmary — Taylor, Chamu Chibhabha, Tendai Chatara, Peter Moor and Craig Ervine —fortuitously gave a chance for the young to be considered for selection.

The inclusion of Richard Ngarava (24), Blessing Muzarabani and Brandon Mavuta (both 24) ensures the team will have continuity.

Unlike the first generation of cricketers after the sacking of the rebels, this second generation comes at a time the age group national teams have equal opportunities for all citizens, making it easier to rise through the ranks.

The bold decision the ZCU made in 2004 has corrected the administration of the game in the country and citizens of all colours or creed have equal opportunities, based on merit, to represent the nation.

A number of budding cricketers have been flourishing in the game.

Although some of the stalwarts of the game who were in the trenches in 2004 are now retiring, their resilience is forever cherished.

The national team had become a laughing stalk for posting poor results for many seasons.

Cricket was brought to the ghetto with Highfield providing the bulk of players through Takashinga cricket club.

Masakadza retired from international cricket and took an appointment within the cricket governing body while the likes of Taibu have parted ways – though unceremoniously – with Zimbabwe Cricket.

A number of the cricketers who were in the trenches back in 2004 have been successful off the crease too after investing is several business ventures.

The second generation of cricketers have to build from a foundation of resilience that kept the first generation going.

It was not easy to taste victory, but when it comes, it would be through hard work.

The new cricketers now have a stage set for them to explore and ride the wave.

For now, they are engaging minnows who are also rising in the game.

Afghanistan recently got their Test status and have been doing well in the Limited Overs.

Afghanistan have been Zimbabwe’s bogey side in the Limited Overs game as the Chevrons have lost almost all matches they have played against Afghanistan.

After the two Tests, the two nations lock horns in three T20 cricket series from Wednesday.

The second and third T20 matches will be played on March 19 and 20 respectively.

Zimbabwe will have to play against history.

They will need to break the T20 jinx against the middle-east nation.

The trio of Milton Shumba, Faraz Akram and Tinashe Kamunhukamwe is expected to add more depth to the team and deliver a victory that Zimbabwe needs to turn the tables against Afghanistan in the T20 format.