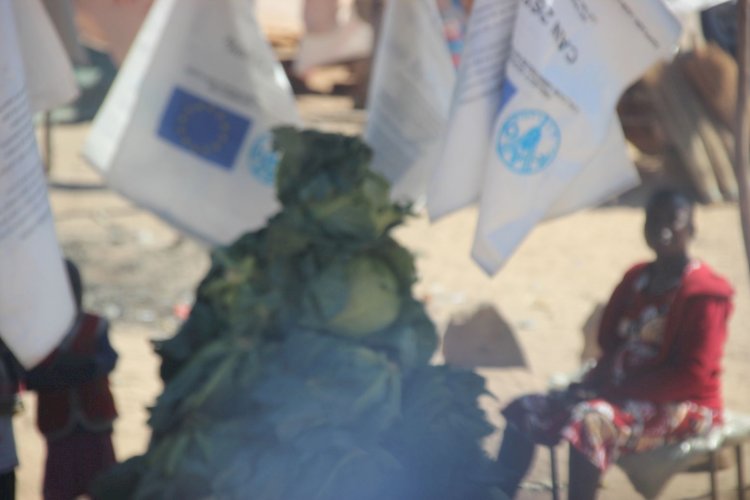 Shock and social exclusion, name-calling, mockery and finger-pointing became a daily reality for 40-year-old Cheukai Chikwaka from Harare when her husband died.

Chikwaka lost her husband due to a long time illness, which society mistook for COVID-19, opening the floodgates to a double tragedy she never imagined encountering in this lifetime.

When the mother of one narrates the ordeal of how a single negligent mistake by medical practitioners almost cost her peace at a critical time of mourning, one cannot help but sympathize.

“After the first test , my husband’s results came back positive for COVID-19 and l requested a second trial but they discovered the results were mistakenly exchanged with someone else’s in the lab so he was negative,” says Chikwaka.

But, bad news travel faster than good and she was yet to find that out when a series of humiliation followed at a time she needed company the most.

“I have faced serious challenges of neglect amongst my own friends, community and even family,” she recalled.

The emergence of the COVID-19 global pandemic in Zimbabwe has resulted in various degrees of stigma against patients carrying the plague or those suspected to have been in contact, leading to severe forms of psychological distress and mental disorders.

Stigma is discrimination against an identifiable group of people, a place, or a nation.

Since the worldwide outbreak it has been associated with a lack of knowledge about how COVID-19 spreads, a need to blame someone, fears about disease and death, and gossip that spreads rumors and myths.

“My daughter at some point had a traumatic experience after her own friends labeled her “mwana wecorona” (corona offspring) and she came running with tears on her face,” Chikwaka said.

The emotional turmoil from such treatment has led the little girl into being withdrawn from coming out of her doorstep or even visiting the nearby shopping center due to fear of more victimization.

Ekenia Chifamba, the Director of Shamwari YeMwanasikana, a women and girls’ rights lobby group, noted that there is a noteworthy gap regarding loss and grief management in the country that needs to be addressed.

“As an organization that provides psychological support especially for women, we strongly feel that this gives an opportunity to recognize such related services as essential.

“Failure to make adequate provisions of psychosocial support to grieving or suspected families will contribute to the existence of a number of mental health issues due to unresolved grief and loss issues,” explained Chifamba. True to her sentiments, reports point at an upward trend when looking into those facing severe forms of psychological distress and mental health disorders since the outbreak.

Simply put, Covid-19 has brought a new wave of sorrow and death related stigma that our society was certainly not prepared or equipped to deal with. As with other viruses preceding it, the ailment came with a lot of misconceptions that in essence fuel discrimination to those found to be positive or assumed to be.

According to a local medical practitioner Doctor David Mukwekwezeke, anxiety has a female preponderance, which means it is more common among women than their male counterparts.

“COVID-19 anxiety seems to have followed the same trajectory (because) we are seeing more cases of worry among women who test positive as compared to men,” said Mukwekwezeke.

“The second psychological effect of testing positive for COVID-19 has been an adverse effect on self-esteem due to stigmatization but this has cut across the board without any gender bias.”

Virtually, everything about COVID-19 has taken a huge toll on mental health. Some of the main factors that have had the greatest psychological effects include an avalanche of statistics about morbidity and mortality in all forms of media, various radical and unprecedented measures introduced to curb the virus-i.e. physical distancing, wearing masks, lockdowns etc- as well as gross misinformation.

All of it has changed a lot even at proceedings like funerals when one needs people around the most. Although local tradition in regard to grief and loss dictates that mourners must express their sympathy through personal affection such as hugging or sharing a tear in an embrace this is no longer safe, a development that has left many in confusion on how to manage loss within families or neighborhoods.

More awareness could help demystify some of these underlying uncertainties, says Mukwekwezeke: “Stigma affects emotional or mental health of stigmatized persons or groups and the communities they live in (so) stopping it is immensely important in making communities resilient.”

United Nations Children’s Fund (UNICEF), the World Health Organization (WHO) and the International Federation of Red Cross and Red Crescent Societies (IFRC) have developed a useful guide that helps individuals on the pandemic.

The International Labour Organization (ILO) has also recommended engagement at community level, including people who have recovered from COVID-19, with their consent, as a way to increase awareness and reducing stigma and discrimination.

Raising public awareness on stories of people who have recovered from COVID19 could prove to be a good approach in curbing stigma associated with the disease.

Ultimately, now more than ever, societies need to be equally empowered with grief and loss management information so as to reduce stigma and discrimination of those who would have lost their loved to the deadly virus or supposed victims like Chikwaka.