All she ever dreamt of was to join one of any uniformed forces the Zimbabwe Republic Police or Zimbabwe National Army but unfortunately, she failed to be enrolled. Later she applied for different courses without any specific course that she had knowledge about. All in a quest to fulfill her mother’s wish of being someone through education. Until she discovered herself.

Tafadzwa Mwanengureni is a young lady currently doing Mass Communication at Harare Polytechnic majoring in print Journalism. Journalism for Tafadzwa came as a second option for her because she had never thought of being a journalist, but she has since excelled and discovered passion as a journalist.

She was enrolled at Harare Poly in 2016 and failed to proceed for the second year due to financial challenges. Then in 2018 she enrolled again for National Diploma. Over the past years, she has never published anything because of low self-esteem and had no confidence to approach people. But all this changed. “My first article was published by Newsday this year during the first 21 days of lockdown.”

Her second and third articles were published with Women Voice Zimbabwe and it paved way for her writing skills that is when she gained the confidence to continue writing.

“Moreover through some of the trainings and the mentorship that l got from Women’s Voice Zimbabwe Mentorship(WVZ) program,l have  gained a lot of experience.”

Joining Transcontinental Times was an idea that came after her mentorship with Women’s Voice Zimbabwe. “l have been taught to join news outlets that ask for even free contribution just to boost my portfolio.” 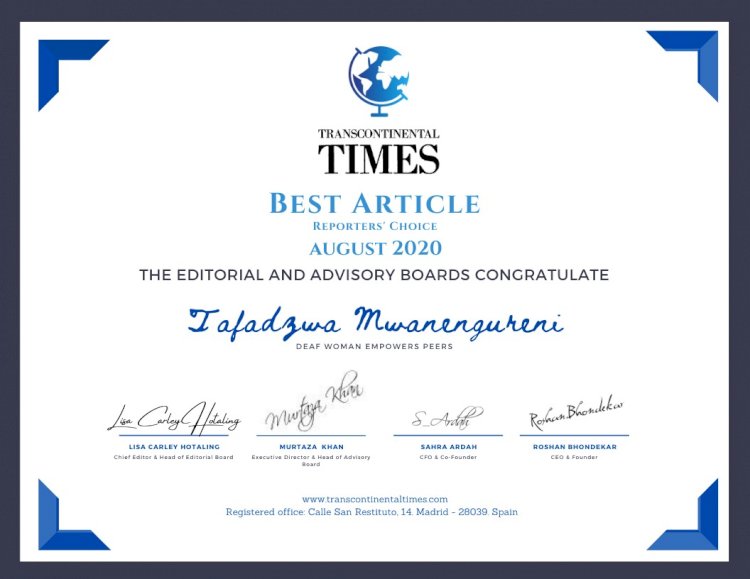 “That’s when l encountered a call for contributors by Transcontinental Times on Facebook. I then contacted the CEO and I was added to their list of contributors,” said Tafadzwa

Tafadzwa also got inspiration through teachings by different mentors’ voices that Women’s Voice Zimbabwe leaders share in their groups, where they share their experiences as women in the media. “The personal stories and testimonials of other women in the media around encouraged and motivated me a lot”.

“At first it was not easy  for me to write for an  international publication because the process was too long and it consumes a lot of data, but I have managed to make the best out of it all.” 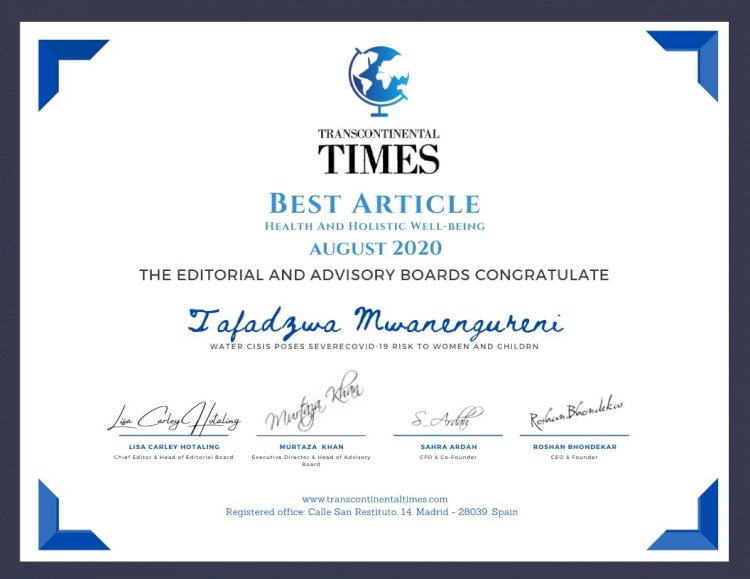