Pilots have raised alarm over the safety of Zimbabwe’s air traffic control system amid fears of potential airspace disaster, Business Times can report.

Several pilots this week painted a gloomy picture warning that the safety of Zimbabwe’s airspace was now under threat.

“The approach frequency is unserviceable at Robert Gabriel Mugabe International Airport and we are currently using the Area Control Frequency which should be controlling only upper airspace air traffic for approaching and departing traffic which at times creates congestion on the airspace radio frequency,” one pilot who requested anonymity told Business Times.

He added: “The Area Information Frequency is also near collapse with very limited range with pilots and controllers constantly relying on relayed communication which results in jammed frequencies and congestion. We do not have to wait for a mid-air collision over our airspace to determine its safety. Obsolete surveillance, navigation and communication systems are a recipe for disaster and once pilots, air traffic controllers and even Parliament raise concerns we pray for the national leadership to intervene urgently on the matter before disaster visits our skies.”

“Zimbabwe airspace has been one of the safest and this has also been due to little traffic but now there is an urgent need to sort out the Air Traffic Control System because, as pilots, we believe that it is no longer safe to fly within the Zimbabwean airspace. We believe once this issue is sorted, we are good to go,” the pilot said.

Zimbabwe has lagged behind in adopting modern air traffic control systems and experts say the rehabilitation of the system, which will require millions of dollars, is expected to improve aviation safety and security in the country.

Since 2017, the critical project, which has now been awarded to CHEC, has sparked a battle between the securocrats and the Civil Aviation Authority of Zimbabwe (CAAZ) with competing interests ranging from security to self-aggrandisement coming to the fore.

Previous efforts to implement the critical project have failed with the last two tender awards to AME of South Africa and Indra Sistemas of Spain being summarily cancelled for a myriad of reasons which eventually saw the Government turning to diplomatic-friendly nations for the required systems.

Aviation industry hopes were raised recently when the tender was awarded to one of Beijing’s largest state-owned entities, China Harbour Engineering Company, the overseas arm of the China Communications Construction Company to set up Zimbabwe’s Air Traffic Control system.

But to date there has been little movement on the project despite the contract receiving PRAZ and CAAZ board approval.

There are about nine airlines flying into Robert Gabriel Mugabe International Airport, including flag carrier Air Zimbabwe, locally-registered Fastjet, South Africa’s independent carrier Airlink – the biggest in the region – and some international airlines such Ethiopian Airlines and Emirates. South African Airways, which dominated flights into Zimbabwe, is not flying now as it is still under business reconstruction.

Air Zimbabwe spokesperson Firstme Vitori said the issue of the air navigation system was under the purview of the Airports Company of Zimbabwe.

“Air Zimbabwe is only a recipient of such services as an airline just like all other airlines flying into and out of Harare,” Vitori said.

But a seasoned pilot Captain Godfrey Dengwane, however, downplayed the fears questioning the yardstick used to conclude the notion that the country’s airspace was no longer safe.

“What yardstick is being used to arrive at such a conclusion because according to my own personal view we have never had near misses or near collisions in the country’s airspace and that is the only measure you can use on whether the airspace is safe or not.

“Some research may argue that there is not much traffic in Zimbabwe but that alone is not enough to conclude that the airspace is not safe,” Captain Dengwane said.

Airports Company of Zimbabwe acting CEO Tawanda Gusha referred all questions to director for Air Navigation Services Blessing Ngwarai who did not respond to questions sent to him.

“Unfortunately I’m only responsible for airport operations and not the other issues to do with air traffic control,” Gusha said.

Another CAAZ official, who requested anonymity, said the authority was downplaying the severity of the dangers caused by the unavailability of a radar system.

“Under a normal system the Ministry of Defence is supposed to have their own radar but at the moment we are currently monitoring their traffic. At the moment our airspace can be easily breached because we do not have radar so this means that we are prone to airborne attacks.

“The current system is relying on flight plans, which are filed prior to take-off but if one flies without filing, they can easily carry out a clandestine operation in this country. At some point we used to have a better air traffic management system than South Africa but now all the other countries in the region have this (radar) technology except for us,” said the official.

The CAAZ official noted that “CAAZ only mentioned one incident where there was a discrepancy in flight altitude caused by procedural control but there are several incidents which occurred in different parameters due to this problem. There was also another incident where someone was flying from Zambia to South Africa and the pilot was trying to avoid bad weather and he ended up being in conflict with another plane from South Africa in Masvingo when he should have been in the Gweru area. All these factors point to the fact that we do not have an overview of the air traffic.”

The vulnerability of Zimbabwe’s shambolic radar system was also exposed when the Joint Operations Command hastily convened an urgent meeting in 2019 after the aviation system broke down, disrupting flights.

At the time when military and intelligence chiefs convened the meeting, the airspace was temporarily closed.

The continued concerns over the country’s Air Traffic Control System comes at a time when China is spearheading the construction and expansion of the Robert Gabriel Mugabe International Airport and has already completed the Victoria Falls International Airport upgrade, which is expected to see Zimbabwe becoming a major force to reckon with in terms of aviation in the region. It is expected to strengthen bilateral infrastructural development ties between Harare and Beijing with Beijing providing engineering, technical and funding package for the critical project.

The obsolete Air Traffic Control System is being viewed as a threat to the region’s security, in view of the number of flights in and out of the region which pass through Zimbabwe’s airspace given its  strategic central position in the Southern African Development Community bloc.

In 2019, Ngwarai said the antiquated system they are using is not compatible with the latest air traffic technologies.

Owing to outdated systems, Zimbabwe is posing a security risk to the region while criminal and smuggling syndicates can also take advantage of the situation to smuggle minerals and ivory out of the country without being detected.

This is also contained in a report on the findings of an investigation by the parliamentary portfolio committee on Transport and Infrastructural Development on the state of CAAZ airport infrastructure.

“The committee on its visit to Robert Gabriel Mugabe International Airport noted that the radar system in use was outdated and required an upgrade. The situation poses a risk of not getting spare parts to support system operations which potentially results in the radar system totally crashing. In addition, use of an outdated radar system may result in the airspace being compromised and planes flying in and out of the country undetected which could pose regional security threats,” the report reads.

“There is a risk that smuggling syndicates may utilise this opening to fly out highly valued minerals such as gold and diamonds as well as ivory out of the country. The Committee felt that if the radar system was not urgently addressed, there is generally a greater risk of aircraft collision, failure to promptly identify distressed aircraft, delays and increased operating costs of airlines.” 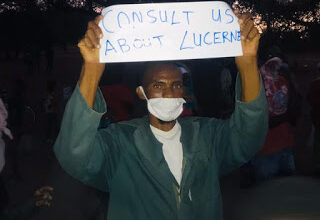 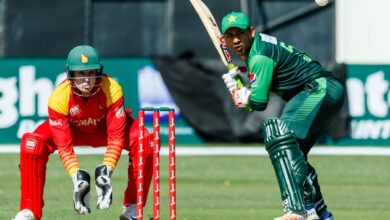 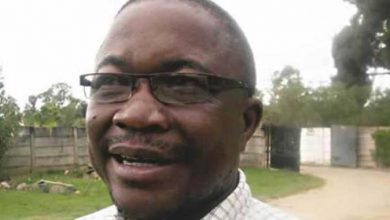 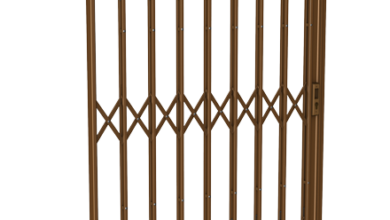