ZIMBABWE is edging closer to addressing its energy needs in the long term through the joint construction of the Batoka Gorge hydro power station with Zambia.

Taking his industrialisation and modernisation agenda to Sadc, President Mnangagwa yesterday met his Zambian counterpart Hakainde Hichilema and discussed steps that will be undertaken to kickstart the Batoka Gorge hydro power station which is a 2.4GW run-of-the river hydroelectric project on the Zambezi River, with that output shared by Zimbabwe and Zambia.

“We took this opportunity that we are both here in Kinshasa and we are neighbours. We decided to have a chat to share on issues of interest between Zimbabwe and Zambia, in particular, you all know about the Batoka Gorge which is a joint project between Zambia and Zimbabwe, so we were discussing how to move forward,” said President Mnangagwa.

The President added that they also reminisced about old times and the two countries’ long standing relations.

On his part, Mr Hichilema said the two sister republics will continue pursuing policies that resonate with their people.

President Mnangagwa, was accompanied by the Minister of Foreign Affairs and International Trade, Ambassador Frederick Shava and other senior Government officials 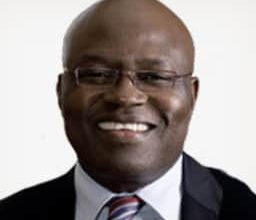