GOVERNMENT yesterday said it had given police the greenlight to shoot and kill suspected armed robbers who have become a menace in the past weeks, threatening to make the country ungovernable.

One of the armed robbers who died yesterday was identified as Richard Mutanga.

“Guys, stop these armed robberies, you will die. I have warned you, the government will not hesitate. You are a dead man walking, trust me,” Charamba tweeted.

Home Affairs minister Kazembe Kazembe also said government would, from now on, show no mercy on the armed robbers.

“The armed robbers are being accounted for. Seven notorious ones were accounted for on Sunday,” Kazembe said.

“Police will descend on them heavily and the long arm of the law will catch up with them,” he added.

National police spokesperson Assistant Commissioner Paul Nyathi further said police had set up crack teams across the country to track down all suspected armed robbers and bring them to account.

“We are not going back and the crack teams that we set up are all over the country tracking the armed robbers, so to those who will try to hide, they will certainly be found and arrested,” he said.

“The public must rest in the comfort that the police currently are on top of the situation and we are tracking all known armed robbers as evidenced by what happened last weekend.

“So far, from those we arrested, three people have died. Yesterday, we were talking of one robber who died, now they are three. One of them died this (yesterday) morning.”

Three of the armed robbers later appeared before the courts yesterday and one of them was remanded in custody on his hospital bed. 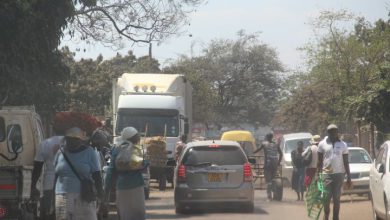 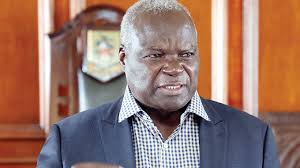