…people
resorting to illegalities to cope with pressure of the pandemic

A study conducted by
the Zimbabwe Council of Churches into the impact of Covid-19 and the resultant
lockdown on citizens has shown that many people are suffering stress and
depression as a result of the loss of livelihoods.

The research findings
document is titled, ‘The Impact of Covid-19 in Zimbabwe: Tracking the Lived
Experiences, Adaptive and Innovative Strategies Adopted by Individuals and
Groups’.

“The study found that a
large number of people were being negatively affected mentally due to the various
effects of (the) Covid-19 pandemic. There was notably a lot of distress and
mental anguish among citizens as everyone sought to negotiate the pressures
that the pandemic brought about,” the reports asserts.

The organization also
claims that some 804 research participants who took part in an online survey suffered
stress while 272 others suffered depression, with the other 62 showing suicidal
tendencies.

“The crumbling of
household economies, loss of means of livelihoods, restricted movements and
limited interactions with others exacerbated mental pressures and further
became a source of some of the vices such as increased gender-based violence
(GBV) and substance abuse; violation of children’s rights through child labour;
rise in girl child’s vulnerabilities and rise in juvenile delinquencies,” the
report states.

How
are people attempting to cope?

The report asserts that
people have devised several ways of coming to terms with the psychological,
economic and social impact of the pandemic.

Some of the ways are
smoking, drinking, and sleeping more than usual; walking local distances and
reducing the number of meals they have per day; and getting intimate more than
usual.

“The majority of the
respondents spent time at home during the Covid-19 era mainly in compliance
with the Covid-19 control measures according to the FGDS (Focus Group
Discussions) and KIIs (Key Informant Interviews) participants. In all the FGDs
held, respondents indicated that they had reduced daily meals from three to one
or two.

“Home-based projects
such as gardening, brick moulding, poultry and others we adopted by pastors,
teachers and students as an adaptation measure in the crisis context. Risky and
illegal adaptive measures were also adopted: rise in illegal mining, illegal
transport operations, flouting of curfew regulations, illegal brewing and
consumption of substances as well as illegal border crossing are some of the
illegal activities that were adopted,” the finding read.

The greatest number of
respondents (48 percent), according to the findings, looked to the future with
hope while 38 percent expressed mixed feeling about what the future. Some 14
percent of the respondents perceived the future to be bleak.

ZCC goes not to
recommend a ‘Leave No One Behind’ policy by which the psychological, economic
and social needs of all citizens can be catered for.

“All adopted response
mechanisms should ensure that all citizens are catered for. Policies and
actions should be inclusive in order to address the specific needs of PWDs
(People With Disabilities, youths refugees, minority groups, the urban poor and
rural communities,” the reports states.

It also recommends a
strong anti-corruption stance in order to restore in Covid-19 containment
measures that are being implemented.

“The government should
activate a process of accountability on that part of all players who were
involved in Covid-19 activities. An audit of all Covid-19 donations should be
done and outcomes be published,” it further reads. 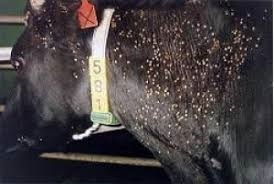 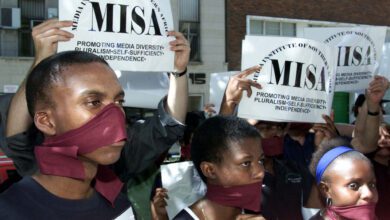